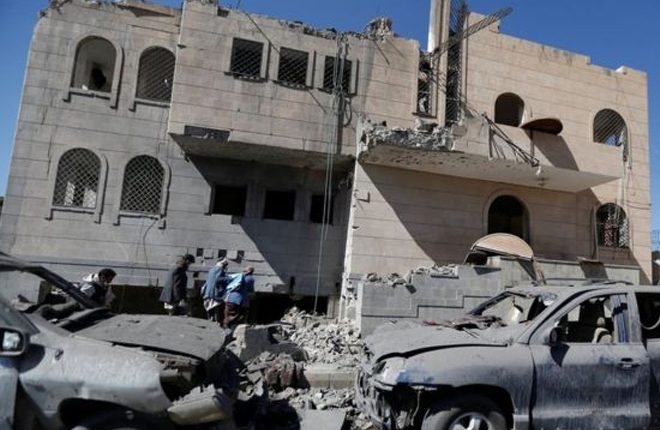 At least 30 people are reported to have been killed in Saudi-led coalition air strikes on a rebel military police camp in Yemen’s capital, Sanaa.

Most of the dead were said to be detainees at a prison inside the camp.