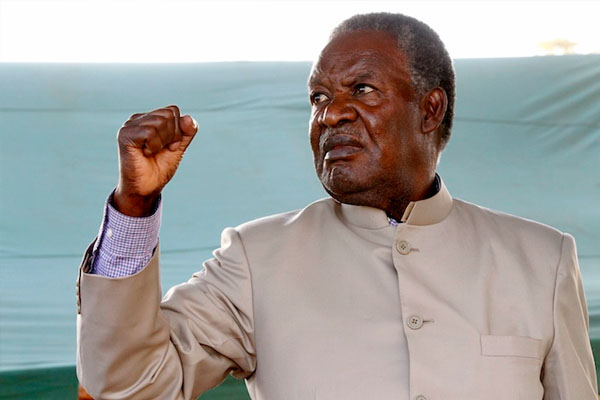 There was no immediate confirmation from Zambian officials in the capital Lusaka.

The independent Zambia Reports quoted “multiple sources” among Sata’s delegation as confirming that he had died, while the Zambian Watchdog website said it had “100 percent confirmation” of the president’s death.

Sata has long been rumoured to be seriously ill and has not been seen in public since returning from the UN General Assembly last month, where he failed to make a scheduled speech.

He flew to London a week ago for treatment.

Sata made a rare public appearance on September 19 to tell parliament: “I am not dead.”

Despite repeated denials that the president was ill, analysts had said a power struggle was already under way behind the scenes for Zambia’s top job.

When he left Zambia for London, Sata appointed Minister of Defence and Justice Edgar Lungu as acting president.

Vice President Guy Scott has regularly stood in for the president at official events in recent months, but he is of Scottish descent which could make him ineligible to take over the presidency as his parents were not born in Zambia.

Supporters who voted Sata into office in 2011 saw him as a no-nonsense man of action, while for critics, the former policeman, trade unionist and taxidermist was an authoritarian populist.

What is undisputed is that he seemed to revel in scorched earth politics.

Detractors, political foes, the media and even allies frequently came under attack from a man who earned the sobriquet “King Cobra”.

He had recently cracked down on political opponents and critical journalists who reported on his long-suspected illness and frequent “working trips” abroad, apparently for medical treatment.

In January 2014, an opposition politician was charged with defamation for calling him a potato, while in June the authorities charged three opposition activists for claiming that he was dying.