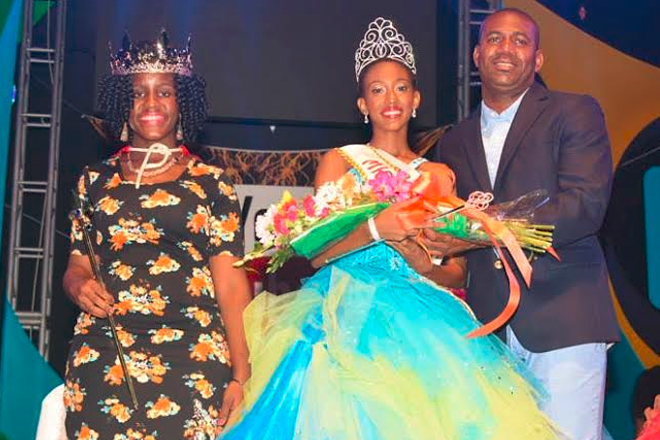 (ZIZ News) — It was a big night for the Basseterre High on Saturday as the school captured two crowns at the National Talented Teen Pageant and the Teenage Calypso Monarch Competition.

Parents, teachers, and schoolmates turned out at the Sugar Mill on Saturday night to cheer on their representatives in two contests, spotlighting the talents and skills of high school students from around the island.

At the end of the night, Basseterre High School came out the big winner, snagging both crowns.

She told ZIZ that she was ecstatic about her win.

“I’m feeling very happy to know that my hard work paid off. Next year, I plan to represent St. Kitts in the Haynes Smith Caribbean Talented Teen and I plan to do my country proud,” she said.

The First Runner-up position went to Jahnika Francis of Verchilds High School with 340.5 points. She also won the award for Best Talent Performance.

She told ZIZ News that she couldn’t believe it when she heard her name being called.

“It was like I was in a magical land. I was so frightened. I was just there shaking like…I don’t know…I was just surprised honestly,” she said.