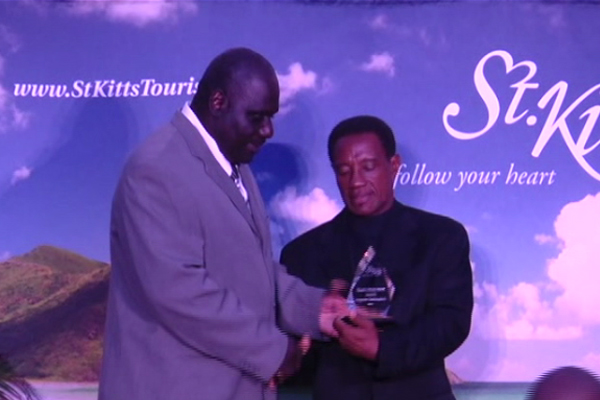 (ZIZ News)– The movers and shakers of St. Kitts’ tourism sector were deservedly recognized on Saturday for their contribution to the growth of the sector.

Nine individuals and businesses were awarded for their positive impact on the development of the tourism industry over the last year at the 14th Annual St. Kitts Tourism Experience Awards.

The event was held under the theme, “Tourism – Delivering Excellence, Changing Lives.”

Chief Executive Officer at the St. Kitts Tourism Authority, Racquel Brown outlined some of accomplishments St. Kitts has realized due to the support of its partners.

“On Thursday, Caribbean Travel posted on its Facebook page, ‘St. Kitts is an island with an authentic soul and a pure heart. It does not get much better than that.’ On Tuesday morning, my team woke up to a usual email from me celebrating one more victory. Parry Sims in the New York Post stated, ‘it’s best, nothing better than this. Get there before the one-percenters and practice sane. St. Barth’s, how last season,” she said

The Sustainable Tourism Award was picked up by Kittitian Hill while Melwin Hewlett, one of the most celebrated steel pan musicians in St. Kitts was presented with the National Champion Award.

The Employee of the Year Award went to Samantha Samuel of the St. Kitts Marriott Resort. Captain Prince Mills of the MV Carib Breeze was presented with the individual award of excellence.

Meanwhile, Minister of Tourism Hon Richard Skerritt was presented with a special award for helping to move the industry forward.

“I take this as a recognize of the tremendous journey that I have had the privilege to be on and there are so many people who have worked closely with me over the last ten years…both in government and outside in the private sector who really share this recognize because we’ve been able to bring an understanding of what the industry requires here in St. Kitts and in to some extent Nevis and we’ve soldiered on together. And we’ve raised standards where we could, educated some when we had to and in the process we learnt so much about ourselves and our wonderful, absolutely fantastic product called St. Kitts,” he said.