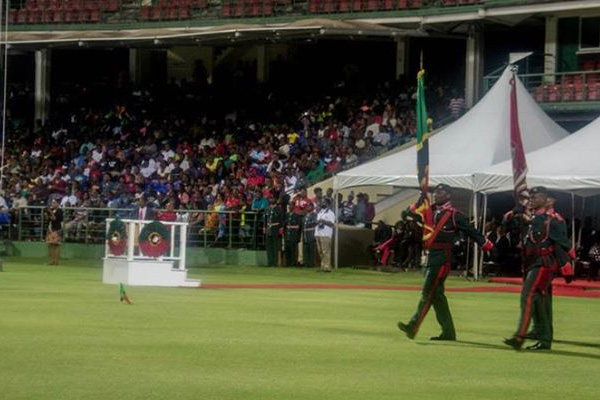 (ZIZ News) — The Federation of St. Kitts and Nevis officially observes its 31st anniversary of independence on September 19th.

Prime Minister, the Right Hon. Dr Denzil Douglas said St. Kitts and Nevis has been tested and tried and has now laid the foundation for future development.

In an interview with ZIZ News, Prime Minister Douglas said at this age, an independent St. Kitts and Nevis now has the knowledge required to navigate its course forward.

“Age 30-31 is a good age. It’s a good age when you would’ve acquired somewhat sufficient knowledge. You would’ve gone through your trials and tribulations and you’re now better able to navigate your course. I believe we are now at the right age where St. Kitts-Nevis can begin to consolidate itself among the nations of the world and our people I’m certain with confidence with pride, with quite a bit of self-assured are now able to reach out,” he said.

He said the government was also able to map the course of development for St. Kitts and Nevis for the next twenty years, particularly in the field of education.

“We have seen the infrastructural development taking place in the country. We’re making sure that the education system, which has been revisited, and our children and our schools appropriately re-tooled are now able to take us into a brighter future. Science, technology, mathematics…We need to begin to create the environment that they can emerge and hold their own among their peers around the world,” he said.

The Prime Minister outlined other areas that continue to show positive growth that will contribute to the economic stability of the twin island federation.

“Within a matter of months we would be experiencing the beginning of realizing one million cruise passengers coming to our shores. The infrastructure is there to sustain that. We’re talking about moving energy in a new direction. The fossil fuel dependence, that is archaic. It has to go. It has to give way to the renewable: Solar, wind, geothermal. We want a green country, a green economy. All of the trappings are there. Our students in universities must now be engineers and scientists, electrical engineers, talking about the future, solar energy, renewable energy generally,” he said.