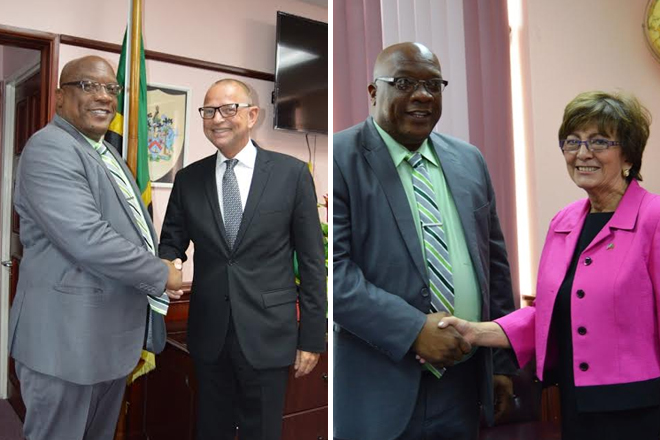 (SKNIS): Prominent diplomats from across the world continue to pay courtesy calls on Prime Minister, Dr. the Honourable Timothy Harris, to discuss relevant matters relating to the Federation.

Prime Minister Harris used the opportunity to express thanks to the Ambassadors on behalf of the Government and people of St. Kitts and Nevis, for their continued partnership and ensured them that his Government will continue to seek mutual partnerships with countries such as theirs that can help the Federation to achieve its national development goals.

The United States of America (USA) established diplomatic relations with St. Kitts and Nevis in 1983. Relations between the US and the Federation have historically been friendly, as the US seeks to assist the twin island Federation to develop economically.

U.S. assistance to Saint Kitts and Nevis is primarily channeled through multilateral agencies such as the World Bank and the Caribbean Development Bank, and through the U.S. Agency for International Development office in Bridgetown, Barbados. Saint Kitts and Nevis also benefits from U.S. military exercises and civic action projects, including those through the Caribbean Basin Security Initiative.