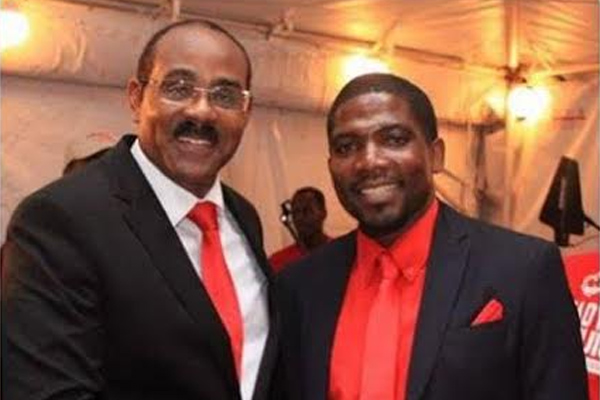 Basseterre, St. Kitts (CUOPM) – “To God be the Glory. Today is the dawn of a new day.” Those were the words echoed by Antigua and Barbuda Labour Party Leader the Hon. Gaston A. Browne as he delivered his first address as Prime Minister-Elect of Antigua and Barbuda.

Prime Minister-Elect Gaston Browne outlined that he is humbled by the confidence that the people of Antigua and Barbuda has placed in him and the Antigua and Barbuda Labour Party. “The work has just begun. The country is in dire straits and requires the effort of all, the entire population to join our efforts to move forward. We must remain a strong united nation in order for us to achieve our goal of rebuilding the nation,” he said.

According to reports reaching here, the country’s new leader also emotionally thanked God for his blessings upon him and his party and praised his wife Mrs. Maria Bird Browne for being a tower of strength throughout the campaign. “I would like to acknowledge the contributions of my mentally ill mother for exceeding the contributions of my father who is sane. She struggled to raise her children and did a good job. My only disappointment is that she is not in a position to enjoy the fruits of my accomplishments. What I would like for the population to emulate is the fact that anyone of us who is unrelenting, disciplined and strong can achieve their goals. Do not give up. Always keep hope alive,” Prime Minister Elect Browne passionately added.

In further addressing the way forward for his administration and Antigua and Barbuda, PM Elect Browne noted that, “as Servant Leader, I will lead a team that will be the servants of the people and I will be a Prime Minister who is not divorced from the people but dedicated to serve. I say to every Antiguan and Barbudan that we will honour our commitment to you. We will not betray your trust. We pledge to work in your interest. We are the people’s hope and aspirations. We will hit the road running.”

Friday 13th June 2014 has also been declared a public holiday.

The successful candidates for the Antigua and Barbuda Labour Party are:

The successful candidates for the United Progressive Party who will form Her Majesty’s Opposition are: