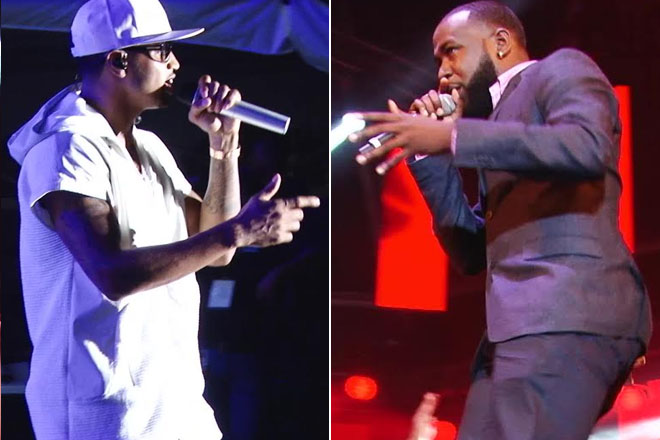 Brief showers of rain may have affected the turnout at the start but they were no match for the sounds of Arturo Tappin, which echoed throughout Basseterre and brought many music lovers to Warner Park.

Their dynamic voices, along with comedy from Trinidad and Tobago’s Rachel Price kept the audience entertained between acts.

National recording artiste Infamus, performed after Arturo Tappin and he definitely lived up to his stage name by commanding the participation of the audience. Infamus’ performance received a boost with back up dancing by students of the Clarence Fitzroy Bryant College.

He removed his jacket and rolled up his sleeves to end his performance with the popular song “Love St. Kitts”.

International recording artiste Trey Songz, left many ladies hoarse with his stunning performance. Among his hits were “Neighbours Know My Name”, and “Dive In.”

He was followed by Jason Derulo, another international recording artiste, but one with strong Caribbean ties.

His performance began with a DJ presentation of Caribbean hits including “Bottom in De Road” by St. Kitts’ Small Axe Band. His high energy performance was just what the crowd needed in the wee hours of Sunday morning.