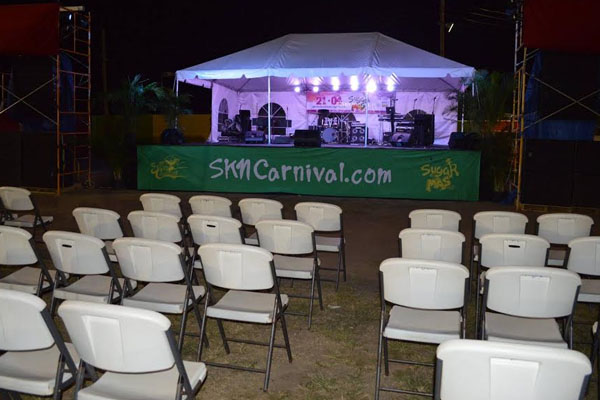 On Tuesday, ZIZ News spoke with the veteran calypsonian who shared his feelings.

“It’s a good feeling but I’m not really overly excited about it really because this is just the first stage in a three stage mission so although I placed first in this stage, I’m still very cautious going forward because I set out to achieve something and I just want to make sure that at the third stage, I’m where I’m at this present stage,” he said.

Browne said he is almost ready for the upcoming contest.

“I would say about 80 percent (ready). I don’t usually take too much time in the band house so if I practise tonight, I can perform as early as weekend,” he said.

Another Nevisian Calypsonian, Junior “Ras Polo” Newton, ranked high in the recent eliminations and Browne used the opportunity to praise his colleague.

“I want to publicly congratulate Ras Polo who you may know as “Boasting” Junior Newton of football fame. He is also on the calypso scene and he placed pretty high in the competition at number six so I am really impressed and I’m really, really looking forward to travelling back and forth to St. Kitts with him,” Browne added.

Eliminations for the final round of the competition will be held on December 14th while the Senior Calypso Monarch Finals is scheduled for December 29th at Carnival Village.