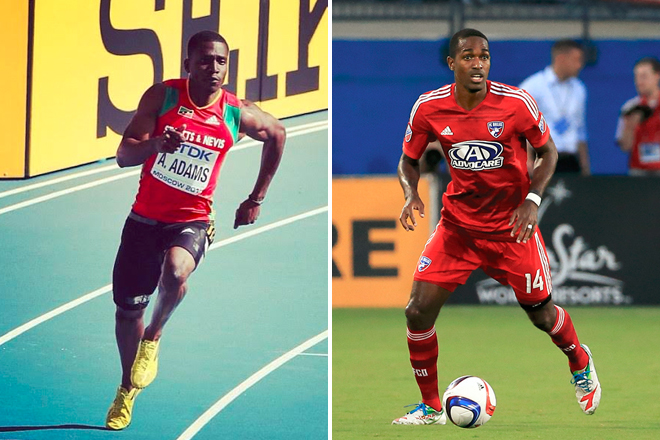 (ZIZ News) — National athletes who have made their mark internationally are adding their voices to the cry to end crime and violence in St. Kitts & Nevis.

Track star and music producer Antoine Adams posted a video asking the youth to put down the guns.

“What do you gain from taking someone’s life? Nothing. But you have so much to lose. I am pleading with you. Stop the violence. Put down the guns. Everybody has something they’re good at. Focus on mastering your skill and who knows? It can take you around the world,” he said.

And national footballer, Atiba Harris reflected on his own life decisions to inspire other young people to live positive lives.

“As I look back on my life many things could’ve been different. But I chose this path. I chose to be a professional footballer and I’ve been blessed with the opportunity and I’ve made use of it. All the ghetto youths out there, you can be whatever you want to. Every ghetto youth is a star. So put down the guns,” he said.

He urged them to “Pick up a book. Pick up your football boots and kick a ball. Let’s bring back the good times. Bless up St. Kitts and Nevis. Together we rise”

Their messages follow a peace concert held on Friday where artists also called for an end to gun crimes and violence.