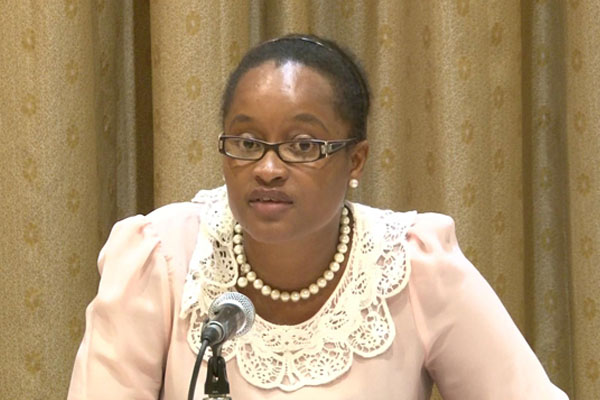 (ZIZ News) — The Director of Community and Social Development, Azilla Clarke is set to motivate some of the Federation’s brightest young minds this week.

Clarke will be the featured speaker at the 28th Academic Excellence Recognition Awards Ceremony, scheduled for Thursday December 4th at the St. Kitts Marriott Resort.

Executive Director of the Chamber of Industry and Commerce, Calvin Cable, said the Chamber is confident Ms. Clarke will serve as an inspiration for the young students.

“The speech at the Academic Excellence Awards is always supposed to be a motivation address. And we hope that she can, been through tertiary level herself, she can impart to the students such ideas that would ensure that they stay focus; that they are as efficient in not only their studies but also in their lifelong planning and to endear in them those that we figure are so necessary to maintain a just and orderly society,” he said.

According to Cable, the theme for this year’s event was also chosen to help inspire and motivate the awardees.

“The theme says ‘To Accomplish Great Things, We Must Not Only Act, But Also Dream; Not Only Plan, But Also Believe’. And so we hope that Ms. Clarke will be able to deal with this. Show them how they should act; tell them how they should set about to accomplish their dreams and that they must believe in also in whatever plans they have designed for themselves,” he said.