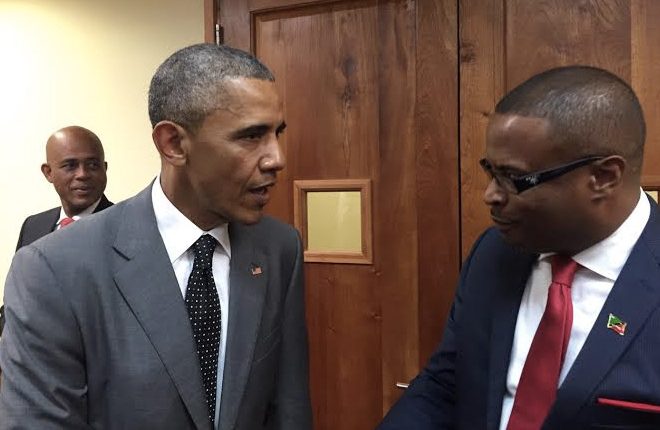 Speaking with ZIZ News following the meeting, Minister Brantley gave an overview of the discussions and the input of the St. Kitts and Nevis delegation.

“The meeting with President Obama in Jamaica went exceedingly well,” he said, adding that, “The entire Caribbean community was represented and it afforded us an opportunity to have close dialogue with the President of the United States. All of the Prime Ministers in the region made presentations and interventions and the two hours or so spent, I thought, were very useful. Indeed our own Prime Minister took the opportunity to make his own intervention, calling for a more established mechanism to be created so we can do better follow up to some of the decisions arrived at.”

While the talks focused primarily on energy, security and the region’s competitiveness, Mr. Brantley said a host of other matters were also addressed.

“Other issues as far ranging as the legalization of marijuana and youth joblessness, and certainly issues as to Venezuela came up and were addressed in a very forthright manner by the United States President. I think it was a good opportunity for the Caribbean and we look forward to tangible benefits resulting as we foster closer and closer ties with our largest neighbor to the North,” he said.