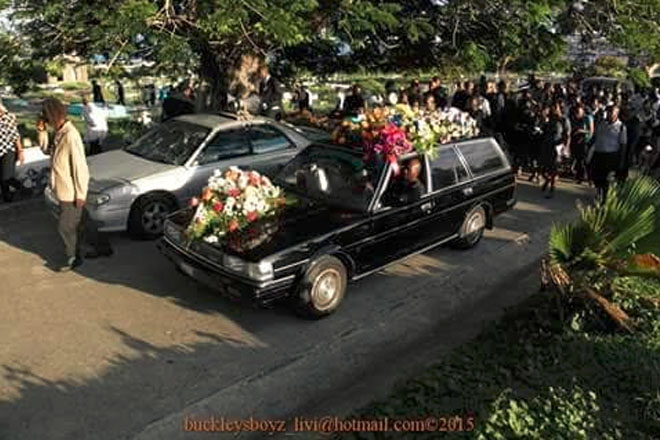 (ZIZ News) — Reginald Thomas, known by many as “Calypso Reggie”, was laid to rest on Thursday, following a Thanksgiving Service in his honour.

Tents and chairs were set up at the Patsy Allers Playing Field to accommodate the large number of well wishers who turned out to pay their final respects to the cultural icon. Among them was Prime Minister, the Honourable Dr. Timothy Harris.

ZIZ’s General Manager, Clement O’Garro who is also a calypso enthusiast, presented the formal remembrance which is also known as the eulogy.

Calypso Reggie gained popularity as an emcee/comedian and was also well known as a mobile advertiser.

After learning of Thomas’ death last week, Prime Minister Harris offered words of condolences to his family and other loved ones.

In speaking with ZIZ News, he said “Reggie of course had brought joy and amusement to persons of all walks of life and he had become, over time, a national, cultural and entertainment icon.”