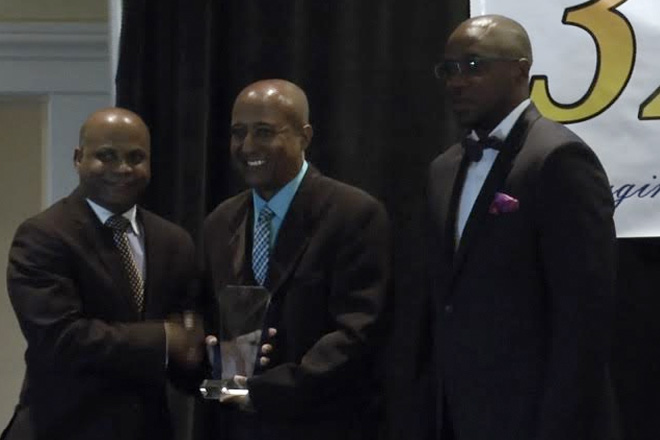 (ZIZ News) – The Chamber of Industry and Commerce, on Saturday, recognised the economic contributions made by three important individuals and partners of St. Kitts and Nevis.

During the 32nd annual Private Sector Banquet, held at the St. Kitts Marriott Resort on Saturday, the Chamber praised the contributions of the Embassy of the Republic Of China (Taiwan), Dr. Adly Mequid, and Carol Evelyn.

During the awards presentation, Past President of the Chamber of Industry and Commerce, David Lake said the investment in the federation made by the government and people of Taiwan cannot be overstated.

He said, “Valuable contributions have also been made to the micro-businesses through the establishment of agro-processing facilities both on St. Kitts and Nevis to assist them in the preservation, packaging and marketing of their produce. In the area of education, we have received invaluable assistance with scholarships across all levels, from primary schools in St. Kitts and Nevis to tertiary training in Taiwan. National security has not been left out. Taiwan’s contributions range from closed-circuit security camera systems to police vehicles.”

Lake said the Taiwanese government must also be commended for the direct foreign investments it has injected into the local economy.

“The Taiwan Embassy has always proactively supported commercial and industrial development in our federation and has encouraged Taiwanese companies to expand their businesses to St. Kitts-Nevis. Two such companies are Speedtech and Taiwan Tasty, both of whom have outlets on Port Zante in St. Kitts,” he stated. “The government of Taiwan has also made substantial direct investment in the Eco-Tourism Farm at Newton Ground which contributes to both the agricultural and tourism sectors of our economy.”

In response, Resident Taiwanese Ambassador His Excellency George Gow Wei Chiou commended the chamber for helping to promote trade relations between both nations.