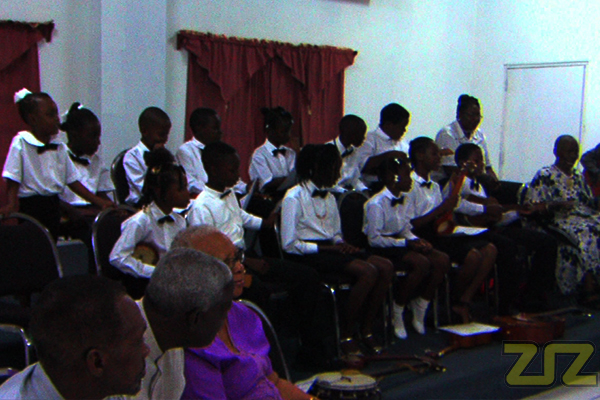 (ZIZ)– Several children have been entrusted with the task of keeping traditional music alive in the Federation after they graduated from the Traditional Musical Instruments Workshop on Saturday.

According to Nisbett, the workshop is designed to create an environment which motivates young people through music.

During the closing ceremony at the OJ Convention Center, the graduates were given the opportunity to perform solo renditions for their parents and supporters.

Certificates of participation were distributed to the children by former governor of St. Kitts-Nevis-Anguilla and lauded historian, Sir Probyn Inniss.