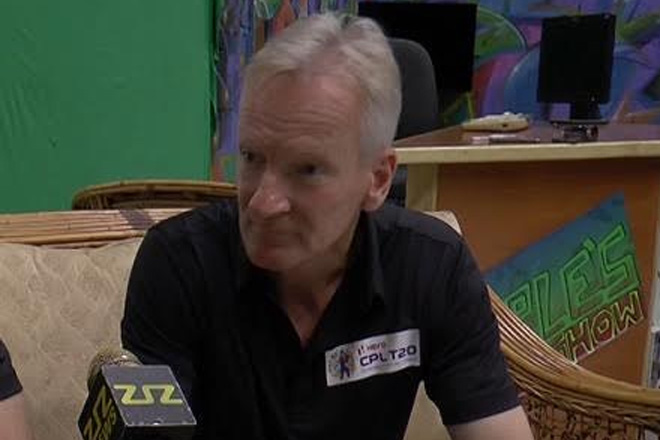 (ZIZ News) With three more matches scheduled at the Warner Park Cricket Stadium for the 2015 Hero Caribbean Premier League (CPL), Minister of Sports the Hon. Shawn Richards has come in for high praise for ensuring the matches are held here.

In a recent interview with ZIZ Sports, CPL Executive David Brookes said Minister Richards recognised the potential impact of having the matches played here and gave his full support to improve the product.

“The thing that stayed constant was the fact that both governments recognised that cricket is fantastic here in St. Kitts and Nevis…Minister Shawn Richards was absolutely fantastic and he recognised and he looked at what had gone before and said ‘well I want to take what has gone before and I want to do it better and we want our own team here now and we want to give the people of St. Kitts and Nevis our own team to support’,” he said.

The CPL official also spoke of the massive impact the regional tournament can have on St. Kitts and Nevis’ economy.

“Yes it gives the people legacy, it gives them their own team but it also helps St. Kitts and Nevis globalise their name to our viewing audience. The CPL platform has a massive global viewing TV audience and that ultimately brings economic benefits to St. Kitts and Nevis. So credit to the minister for doing that,” he said.

Minister Richards’ support for the Caribbean Premier League extended to a physical commitment as he suited up and took to the field for the Celebrity Charity Match that benefitted the St. Kitts-Nevis National Educational Foundation.