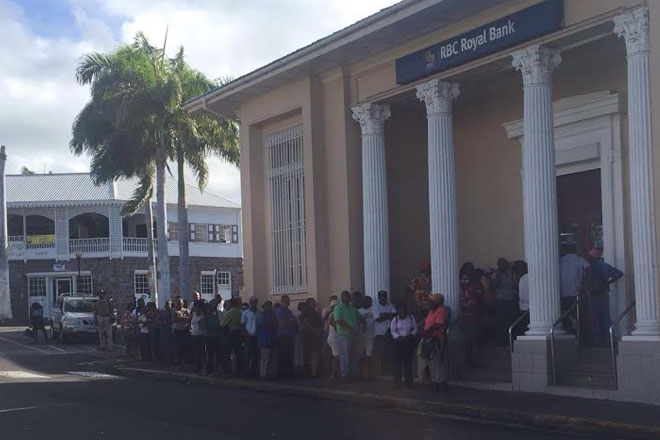 (ZIZ News) — The run to Royal Bank of Canada continued on Friday as dozens of persons filled the branches in Basseterre….some intending to close their accounts, some looking for information.

Several attempts were made to communicate with numerous banking officials to clarify the terms and fees set to be introduced as of Monday.

On Thursday, ZIZ contacted RBC Country Manager of St. Kitts & Nevis, Chad Allen who stated that the bank would publish a press release later that day.

Up to press time there has been no statement.

ZIZ also spoke with an RBC representative located in Ontario, Canada who explained that banking officials there would not be able to comment on changes instituted at banks in the Caribbean.

ZIZ will keep informing the public as the story continues to develop.