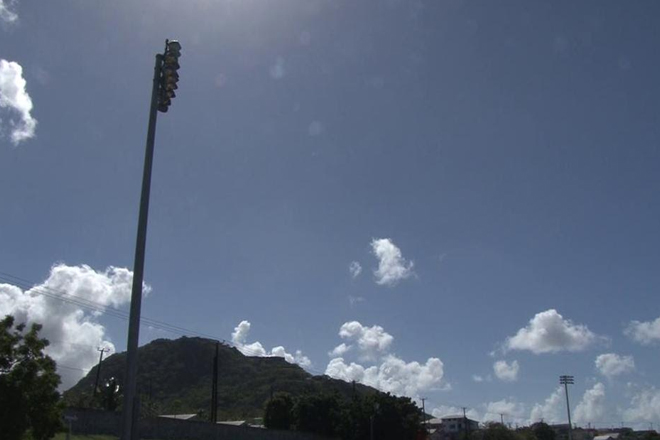 (SKNIS): The lighting project at the New Sandy Point Recreation Ground costs the Government of St. Kitts and Nevis approximately EC$1.8 million and Deputy Prime Minister, Honourable Shawn Richards, said it was a worthwhile investment in the future.

In keeping with this desire, Minister Richards said the Government is giving support to current athletes.

“The Ministry of Sports is currently providing financial support to a number of athletes who are undergoing training in an attempt to qualify themselves for the 2016 Olympics Games which are to be held within a few months in Brazil,” he stated, noting that these athletes are based locally and internationally.

Deputy PM Richards, who is the minister responsible for sports and youth empowerment, said the development of other facilities around the island will take place as resources become available. Currently work is being carried out at a facility in Boyds. Richards said the upgraded facilities will allow younger athletes to practice more and hone their skills.

He said Government would very much like to see other athletes bearing the flag of St. Kitts and Nevis on the global stage much like Kim Collins and Antoine Adams in track and field, and Atiba Harris in football.