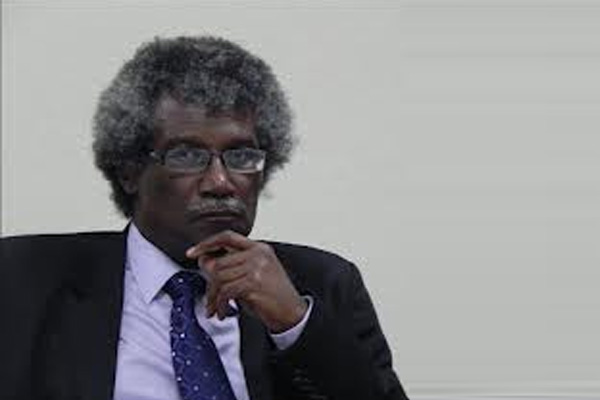 Development of the Economies of the ECCU Reviewed

At Tuesday’s (January 28) presentation, Governor Venner gave a review of 2013 and the challenges faced by the member countries.

“It is by now evident that the year 2013 was another challenging year for the Currency Union,” he stated. “Our member countries are still grappling with low economic growth, persistent fiscal deficits, rising debt levels, high unemployment and poverty rates and some fragility in the financial sector.”

He mentioned that in addition to the challenges faced by the member countries, the structural characteristics, namely, small size, extreme openness and high vulnerability to external shocks and natural disasters have become more evident.

The chief focus of the presentation was the economic development of 2013 and Governor Venner shed some light on the aspects, paying special attention to three key areas.

“The increase in economic activity was primarily driven by improved performances in agriculture, construction and tourism,” he said. “The construction sector expanded by 2.9 percent following a 4.3 percent decline in 2012, as public sector construction gained momentum.”

“In the tourism industry, value added is estimated to have increased by 0.4 percent due to improvements in major source markets and more intense marketing efforts,” he outlined. “However, this rate was lower than 1.4 percent growth recorded in 2012.

In its October 2013 World Economic Outlook, (WEO), the International Monetary Fund (IMF) forecasted that world output would expand by 3.6 percent in 2014. The economies of the USA, UK and Canada are forecast to grow by 2.6, 1.9 and 2.2 percent respectively in 2014.

“Against the backdrop of the positive signs in the global economy, but cognisant of recent setback in some of our countries, real economic activity in the ECCU is projected to increase by 1.9 percent in 2014,” Governor Venner stressed. “The expansion in economic activity is expected to be supported by higher levels of output in the construction of hotels and restaurants; wholesale and retail and transport, storage and communication sectors.”

The year 2013 marked the 30th anniversary of the establishment E.C.C.B.