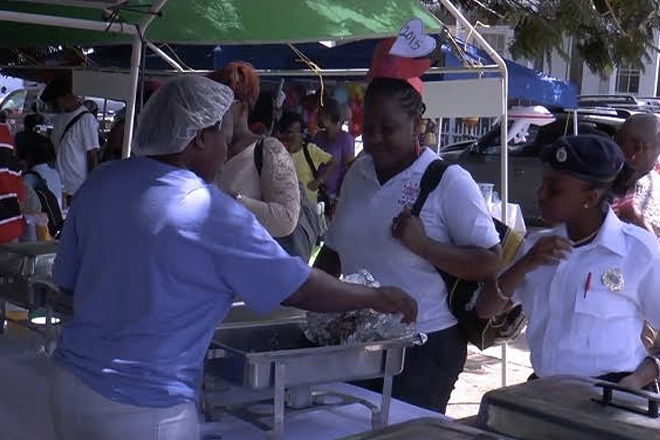 (ZIZ News) Organizers of the 2015 Eat Local Day have described the event as a success.

On Friday, a section of Independence Square was transformed into a food fair, promoting local food.

This is an annual event, hosted by the Department of Agriculture.

According to Agriculture Director Melvin James, one of the main goals is to change residents’ tastes to appreciate foods made with local ingredients.

“Once indeed we can get into purchasing and liking and having a taste for what we have then it means we have an assured market. So when you produce something you know it’s going to be sold. And it has ripple effects for that. Because naturally, it means then that that’s more jobs for locals,” he said.

Acting Permanent Secretary in the Ministry of Agriculture, Alistair Edwards, commended the Tourism Ministry for joining in the movement to promote local foods with the launch of Restaurant Week.

“The concept is the same, in that, the focus is on the local foods. And they have gone to the service sector, particularly the hotels and restaurants, to get them even more so involved in promoting the local menu. And so, on July 16th, for more than seven days, even though they call it restaurant week, it’s almost like a mushrooming of Eat Local Day under the auspices of the Ministry of Tourism,” he said.

Agriculture officials say that over the years, participation in the eat local day event has grown, indicated by a steady increase in the number of caterers taking part.