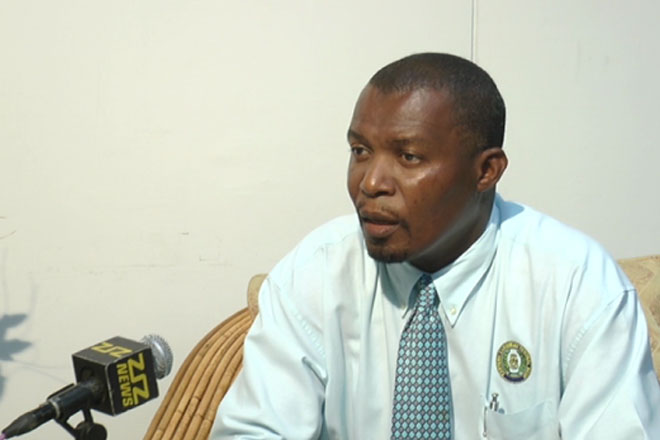 Deputy Director of the ECCB’s Currency Management Department, Rosbert Humphrey said the red and blue colours are a tribute to notes used in the past.

“The obverse is the same usual portrait of the queen. The reverse side just has some features of the ECCA one dollar. I don’t know how many of you would remember red one dollar that we had in circulation way back when. So some of them are actually portrayed on the reverse side of the coin,” Humphrey said.

He said while the commemorative coins are not expected to increase in value, he expects people to collect them as keepsakes.

“It is the first coin in these parts, in the Western and Northern Hemisphere in colour. I imagine that people would gravitate to them. People are actually grabbing them and although these are commemorative, they are also circulated coins so you can actually spend them in your daily transactional operations,” he noted.

One million coins will be printed among the eight participating member countries.

The coins will be put into circulation on Thursday October 1st as part of the launch of Financial Information Month.