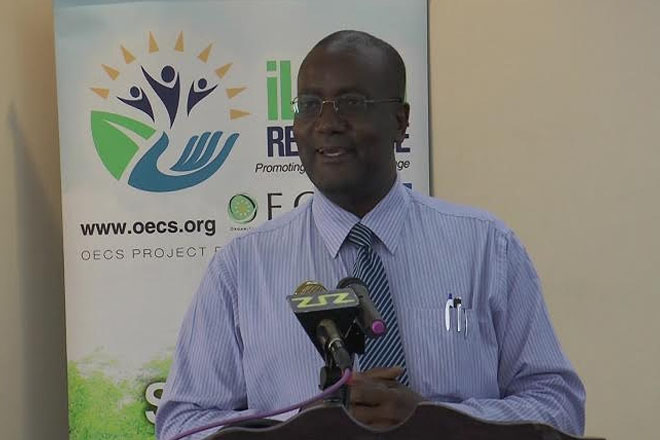 (ZIZ News) — Two projects regarding conserving biodiversity and climate change adaptation were in focus on Tuesday at the National Environment Project Launch.

The first project titled “Conserving Biodiversity and Reducing Habitat Degradation in Protected Areas and Their Areas of Influence” is expected to improve ecosystem representation in the conservation areas system.

Director of the Department of Physical Planning, Randolph Edmeade said the two environmental components are extremely important for survival.

“The focus is on two critical environmental assets for the Federation of St. Kitts and Nevis; these assets being biodiversity, which is the variety of plant and animal life around us and sol. These two projects will focus on initiatives that we’ll be taking forward in terms of protecting these two important environmental assets,” he said.

Minister of Environment, Hon. Eugene Hamilton impressed upon those present the importance of each individual’s role to help in protecting the environment.

Successful implementation of both projects will help to transform the environmental management landscape in St. Kitts and Nevis while assisting the Federation in meeting its international obligations under the multilateral environmental agreements related to biodiversity conservation, climate change and land management.