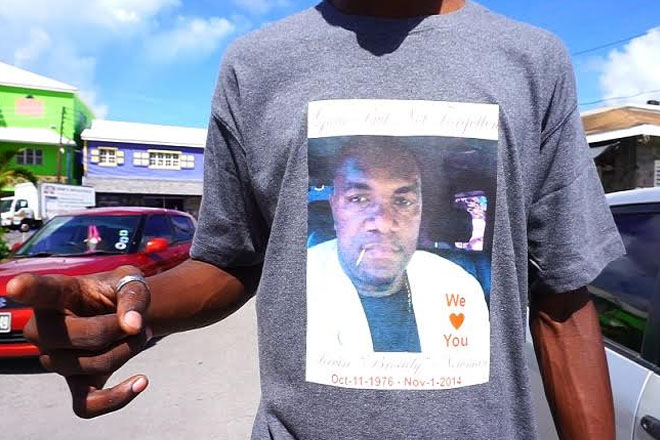 (ZIZ News) — On Sunday afternoon, bus drivers in St. Kitts held a procession and vigil to pay tribute to colleagues who died in the line of duty.

In a previous interview on The People’s Show on ZIZ TV, President of the West Line Bus Drivers’ Association, Dale Hughes, said the event began as a form of remembering Kevin “Broadie” Newman, who was shot and killed in November of 2014. He said however that they had now included other drivers who died while on the job.

“We were reminded of guys who were there like…serving for years…like during the 90’s and 80’s. Guys like, I can remember this guy who drove the Mermaid who got killed over Conaree. He died at the hospital really. And there was a bus driver who died on the West Line over Old Road bay running over a stone,” he said.

Bus driver, Bernard Weekes said the remembrance exercise was not going to be a one-time event.

“We would like to continue this thing every year, you know, make it a yearly thing…and…a Bus Drivers’ Appreciation Day, that’s what we’re trying to promote as well,” he said.

The event began at the roundabout near rams Supermarket, travelling around the island and ending at St. Peters with a gathering to remember Kevin “Broadie” Newman.