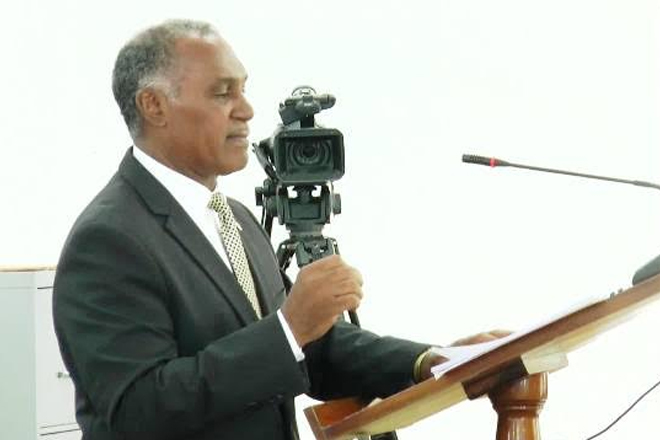 (ZIZ News) — When Nevis’ Premier and Minister of Finance the Hon. Vance Amory presented his more than $190 million 2016 Budget Address on December 8th, he spoke of a number of initiatives that will be brought on stream to improve healthcare on that island.

According to Amory, his administration still plans to rehabilitate and expand the Alexandra Hospital. Initially, the NIA planned to develop a new laboratory facility, a Physiotherapy Unit and a Radiology Unit but Amory said recently that that plan has since been expanded.

“We have added some new dimensions and we will have, at the end of that project, two state of the art Operating Theatres, a Recovery Room, six private wards with nurse’s stations at each area, Paediatrics Isolation Ward, two on-call stations along with a conference room and kitchen facilities,” he explained.

Amory also spoke of the need to facilitate ongoing training of medical personnel, the rollout of the Hospital Information System project and the start of a programme that will provide Universal Health Coverage to Nevisians.

Meantime, one of the major health initiatives to be introduced by the Federal Government is geared towards assisting Cancer patients as according to Dr. Harris, in 2016, his team “will introduce Oncology services through the creation and resourcing of an Oncology Unit at the JNF Hospital.”

“This would be pursued as a means of addressing the plight of an increasing number of citizens who fall prey to Cancer,” he said.

Currently, a partnership between the Federal Government and the OECS Cancer Centre in Antigua and Barbuda is catering to the needs of some residents.

Like Premier Amory, Dr. Harris spoke of the need to implement a National Health Insurance Scheme coupled with the construction of a Mental Health Day Treatment Centre at Lime Kiln.