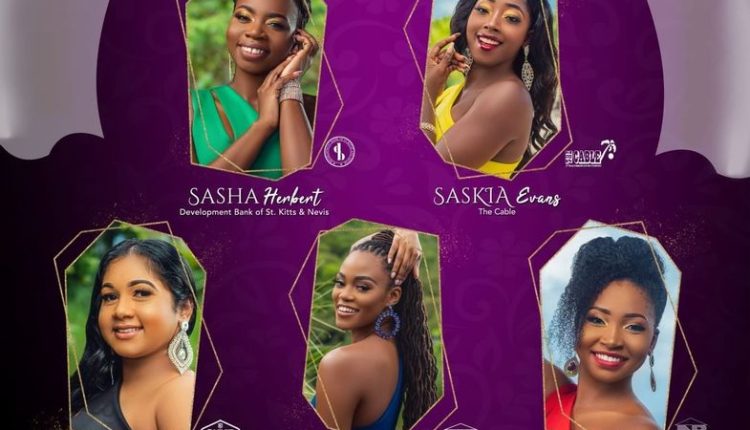 Basseterre, St. Kitts, December 29, 2021 — The final practice sessions are being completed but the stage is already set for the magic that will unfold on Wednesday night, (29th December), for the 2021 Miss St. Kitts & Nevis Carnival Queen Pageant, to be staged at the St. Kitts Marriott Recreational Center, (Dome), in Frigate Bay.

While many were enjoying their Christmas Day celebrations and J’ouvert, the contestants were kept busy going through their routines in dress rehearsals, trying to ensure that every performance will be perfect.

It has been a long-awaited event for many pageant fans who were starved of their favourite competition in 2020, due to the ongoing COVID-19 pandemic. However, the public has responded well this year and the Carnival Committee has indicated that all tickets for the pageant have been fully sold out.

Given the talent, beauty, intelligence, and personality of the contestants, fans have been finding great difficulty in predicting the outcome, though each delegate has been confident about their chances for victory.

When the lights are illuminated on Wednesday night, the contestants will be trying to secure the coveted title and prestige of being called Carnival Queen for the 50th Anniversary of Sugar Mas.

First on stage will be Sasha Herbert, (Miss Development Bank). She will be followed by Miss Cable, Saskia Evans.

Taking the stage in the number three spot will be Harsha Parmanand, who is carrying the banner of the Carib Brewery, her sponsor. Nekirah Nicholls, who is sponsored by National Caribbean Insurance will be fourth on the stage, while the Kahnein Blanchette, Miss National Bank, will be the fifth and final delegate in each appearance.

The last Carnival Queen was Hardai Baley, in 2019.