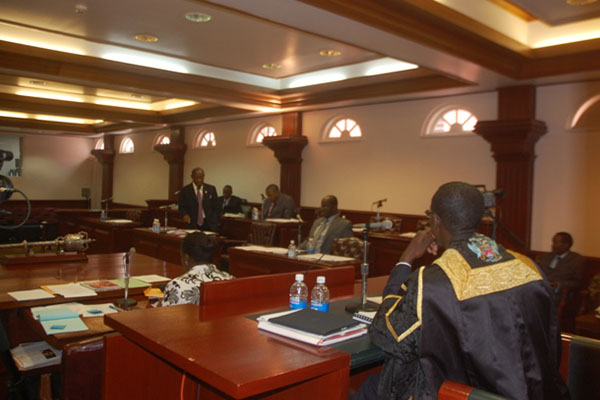 First Time Offenders to be given a second chance

ZIZ News — The National Assembly of St. Kitts And Nevis has passes a very progressive piece of legislation which will give criminal offenders a second chance.

The Criminal Records Rehabilitation of Offenders Bill 2014 will provide a means for the records of people who have committed certain criminal offences to be expunged.

During the second reading of the bill the Member for Nevis Eleven, Hon. Patrice Nisbett, explained that the legislation was designed to advance the concept of reform and move away from a solely punitive system.

“I’m happy to say that we are here today to deal with a piece of legislation which advances the idea of reform, the idea of rehabilitation of those who would have transgressed the laws of the Federation of St. Kitts and Nevis,” he said.

Mr. Nisbett, who serves as the Federation’s Minister of Justice and Legal Affairs, briefly explained the purpose of the Criminal Records Rehabilitation of Offenders Bill 2014.

“And so Mr. Speaker this bill seeks to provide certain criminal convictions of offenders to become spent or to be expunged from the records if the person becomes rehabilitated.  So Mr. Speaker if someone happens to be convicted of an offence and after they have been punished, they’ve paid their dues, paid their fine, and they have lived an exemplary life, Mr. Speaker, without transgressing within a particular period of time upon the passage of this piece of legislation that criminal conviction will now become spent,” he said.

The minister explained that once a person meets the criteria of a rehabilitated person as set out in the bill, and their record is expunged it will be as thought the offence, prosecution and conviction never occurred.

After a person’s record would have been expunged he also noted that they cannot be discriminated against when, for instance, seeking employment.

“If the person is asked is asked about his or her criminal record that question is to be treated asif the conviction no longer exists,” he said.