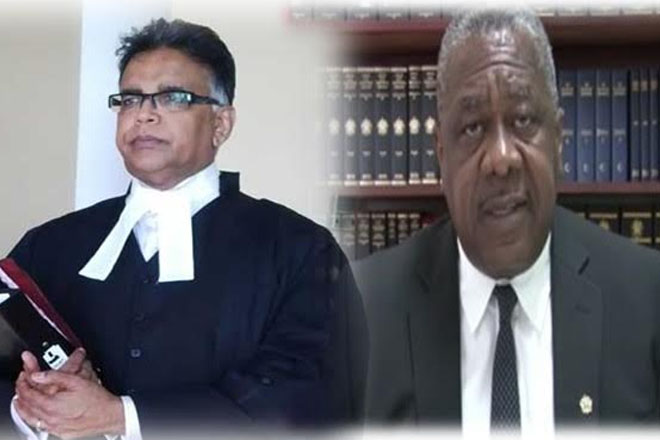 (ZIZ News) — On Monday, the Government of St. Kitts and Nevis reached a settlement in the case against Former Director of Public Prosecution (DPP) Travers Sinanan.

In putting the case into context, Attorney General, Honourable Vincent Byron told the St. Kitts and Nevis Information Service that “the case involved a challenge brought by Travers Sinanan, that although his contract with the Government of St. Kitts and Nevis came to an end on July 14, 2015, he claimed that he had a right to continue in office because he had security of 10 years under the constitution and had asked for a number of declarations along that line.”

The Attorney General reportedly told SKNIS that as far as the Government was concerned, Sinanan was no longer the DPP effective July 15, as he was employed in July 2013 when he had already reached the age of 55, and is now 57 years old.

He is quoted as saying, “the constitution states at Section 81 that there is a prescribed age for someone to be a DPP and that is 55 years.”

ZIZ News understands that in the interim, a candidate has been proposed to the Judicial and Legal Services Commission based in St. Lucia to be an Acting DPP. That individual will be recommended to the Governor General for appointment.