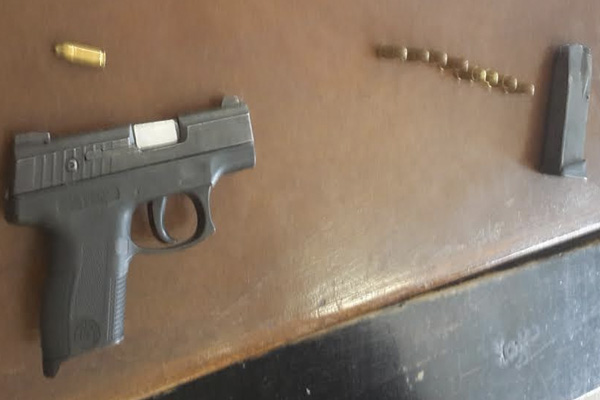 The police have taken another gun off the streets. This comes after a search and seizure exercise in the Springfield Cemetery.

According to reports, on Friday, members of the Special Services Unit (SSU), acting on intelligence and surveillance, carried out an operation at the Springfield Cemetery which led to the body search of a number of persons.

The search uncovered one loaded semi automatic pistol. The firearm, ammunition and three persons were taken into police custody.

The head of the SSU has thanked all those persons who were instrumental in this operation, and is encouraging persons to continue to provide information to the police.

In other police news, Assistant Commissioner of Police, Ian Queeley reassured the family and friends of a missing elderly man that the Police Force shares their concern, and will continue efforts to locate him.

On Friday 6 March 2015 at about 11:55 am, a team made up of personnel of the Royal St. Christopher and Nevis Police Force including the K9 Unit, the St. Kitts and Nevis Defence Force, and the St. Kitts and Nevis Fire and Rescue Services conducted an extensive search in the mountainous and dense areas of Fountain Ghaut, Miliken Ghaut and Mountain , Cedar Grove, Parray Village, Keys Mountains, Bayfords Mountain, Olivees Mountain , Whites Mountain and Ogees Ghaut area and Stapleton Yard.

The search concluded without locating Mr. Linton, however, according to a statement, the operation had not been called off, and more searches will be conducted.