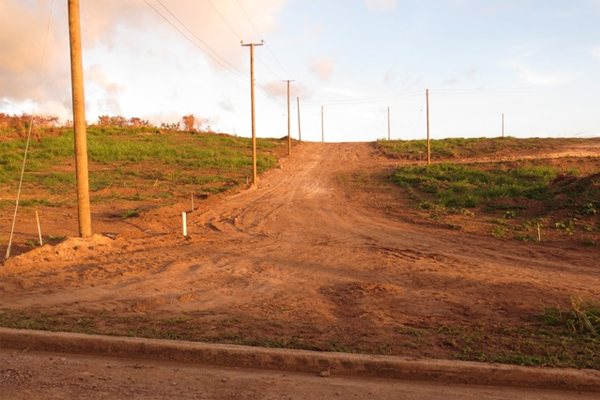 According to Minister of Housing the Hon. Earl Asim Martin, the project, which will construct 11 homes in the area, will change the lives of many in the community.

“This housing project will transform lives within these communities. You would have heard that we would have built 11 homes and if we multiply that by at least 4 per home, we would have had 44 persons who would have been housed right here in the High Point area. That is a transformation of people’s lives. A transformation from where they are to different environment. Though we are starting out with 11 homes, this government intends to build one thousand homes with this program so more homes will be coming to the people of this community,” he said.

Prime Minister and Minister of Finance the Right Honourable Dr. Denzil Douglas, in his remarks at the groundbreaking ceremony, said the Habitat 30 Initiative gives Kittitians the opportunity to become home owners.

“In order to build on all that we have already done and in order to give even more Kittitian men and women the opportunity to become home owners, we have decided as a government to embark on this nationwide home building program known far and wide as Habitat 30. We will continue to build to improve the living conditions of our people here in St. Kitts and Nevis, in Fig Tree and in Sandy Point in general,” he said.

Under the government’s Habitat 30 Initiative, an additional 1000 homes will be constructed across the nation in order to provide Kittitians and Nevisians with the opportunity to own a home at an affordable rate.