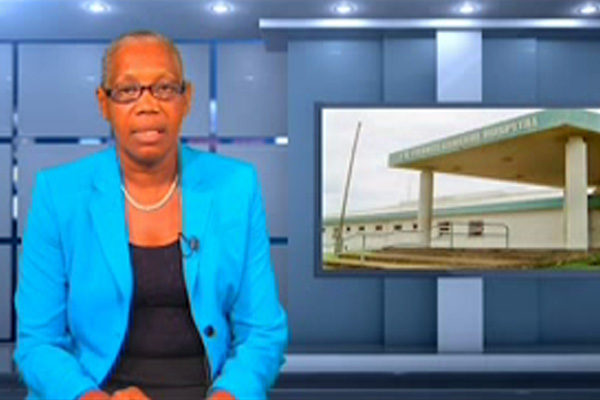 (ZIZ News) –Minister of Health, Hon. Marcella Liburd, has condemned the Monday night shooting at the JNF General Hospital, describing the incident as “heinous” and a “wanton act of violence.” In a televised statement on ZIZ Channel 5 Tuesday night (23rd September), Minister Liburd expressed condolences to the family of the 19 year old man who eventually succumbed to his injuries.

“Last evening, Monday September 22, armed men entered the emergency room of the Joseph N France General Hospital and opened fire on a client, a young man, while he was waiting to be treated. He sustained multiple gunshot wounds and underwent emergency surgery by our hard working surgical team but later succumbed to his injuries. The Ministry Of Health extends condolences to his family. We in the Ministry Of Health and indeed the entire nation are shocked and dismayed at this wanton act of violence,” she said.

She went on to say that measures have been put in place to avoid a repeat of this sort of incident.

“The Ministry wishes to assure the JNF Hospital staff, all health workers and the general public that we will work closely with the security forces to ensure that this heinous act does not happen again. With immediate effect, we have increased the presence of the security forces at the hospital on a 24-hour basis, security cameras will be installed, and the visiting policy would be strictly adhered to. Other security measures would be put in place in the short and medium term,” she said.

Ms. Liburd continued that the act of violence would not deter the hospital’s staff from providing quality health care. She further gave a commitment that measures will be put in place at the hospital to create a safer environment for both staff and clients.

“This dastardly act will not discourage us from continuing to provide quality health care to residents and visitors alike. We take this opportunity to reassure the general public that the measures put in place would create a safer environment for all healthcare providers and those who access care at or visit he Joseph N France General Hospital,” she said.

The police are asking anyone with information about this incident to contact the Violent Crime Unit at 662-9336, the nearest police station or Crime Stoppers at 1-800-8477.