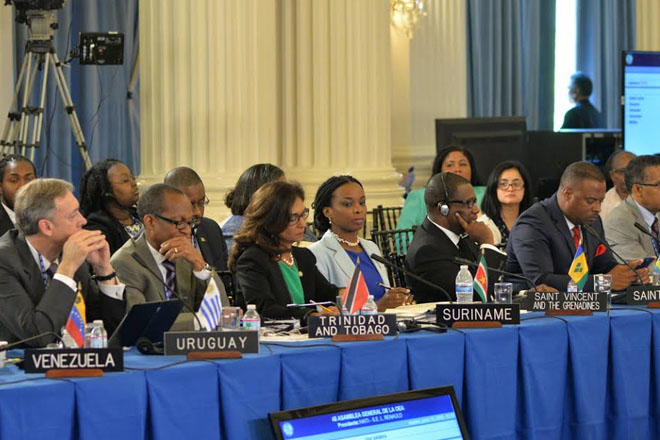 He made the comment when he addressed the 45th Regular Session of the General Assembly of the Organisation of American States [OAS].

The two-day session, which was held at the OAS Headquarters in Washington DC, wrapped up on Tuesday evening.

Minister Brantley made it clear that St. Kitts and Nevis will continue to support the OAS.

“From its accession to membership until today, St. Kitts and Nevis has been a strong supporter of this organisation and remains proudly and unreservedly committed to its future,” he said.

In addressing the future of the OAS, Minister Brantley suggested that greater collaboration and dialogue is the best way to ensure continued growth and success.

“The key question may well be how this organisation will adapt to serve us equally well in the future. This is a challenging proposition, preparing for a future in which social, economic, political and technological realities are constantly changing. The needs of member states are many and the resource base, finite. And so, I very much hope the discussions at this General Assembly will continue in the weeks and months ahead with full consultation to ensure that this institution continues to remain buoyant,” he said.

The General Assembly is composed of the delegations accredited by the governments of the OAS member states.