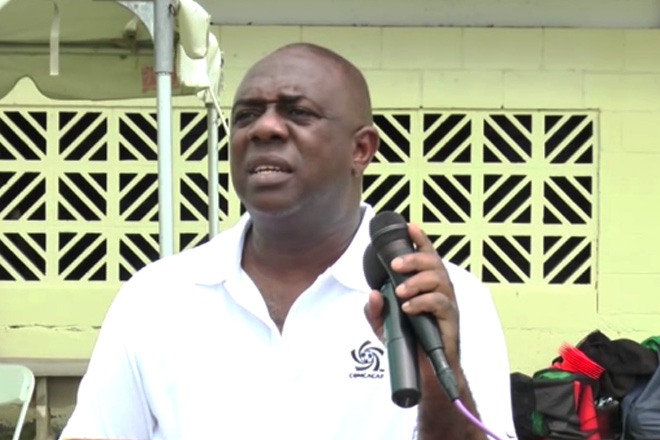 Female football players were in the spotlight on Saturday as the St. Kitts-Nevis Football Association and CONCACAF partnered to host the inaugural CONCACAF Women’s Football Day.

The event, according to President of the local football organisation, Anthony Johnson, highlights the importance of developing women’s football.

President Johnson, during the brief opening ceremony, spoke of his organisation’s commitment to the development of women’s football.

“Here in St. Kitts and Nevis, the St. Kitts-Nevis Football Association is likewise equally committed to creating opportunities and building capacities of our female footballers. We have established an All Female Football League in 2012 and in 2014, our enior female team made it to the finals of the CFU Football Tournament in Trinidad,” Johnson explained.

He also spoke of the Association’s ongoing efforts to promote the education and training of local female football players.

“We have assisted female footballers in obtaining scholarships from colleges and universities and these include players such as Kereece Hanley and Astonia Carey who both attend Concordia University in New York and recently, Astonia Carey was placed on the dean’s honours’ list and she was recently also named the best media student at her university. We have here in St. Kitts as well, our Disciplinary Committee and our Appeals Committee are both headed by females. It is evident from the foregoing that there are many opportunities for personal and professional advancement in women football,” he explained.

The inaugural CONCACAF Women’s Football Day was preceded by a parade and held at the Warner Park Football Stadium.