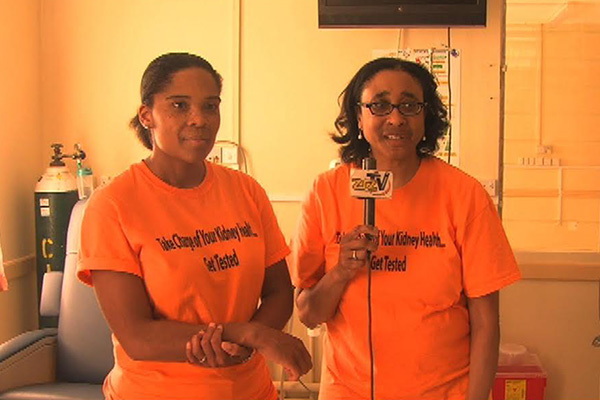 ZIZ News — Dr. Deidra Crews of Johns Hopkins University and Nephrologist, Dr. Bessie Young of the University of Washington, are happy with the turn out to the kidney screening exercise on St. Kitts.

ZIZ reporter, Karla Berridge caught up with Drs. Crews and Young on Thursday as they toured the new Haemodialysis Unit at the Joseph N. France General Hospital. According to Dr. Young, both the opening ceremony and first day of testing were well attended.

“The screenings are going very well. We had a big crowd this morning (Thursday 20th March) and an opening ceremony and once we got past that everyone has been screened and the crowd is going very well.”

Both the Newtown and McKnight Community Centres opened to the public and commenced screenings at 8am on Thursday and Friday.

At about midday Thursday, Dr. Crews indicated that she was pleased with the turn out as between three and four hundred people had already been screened.