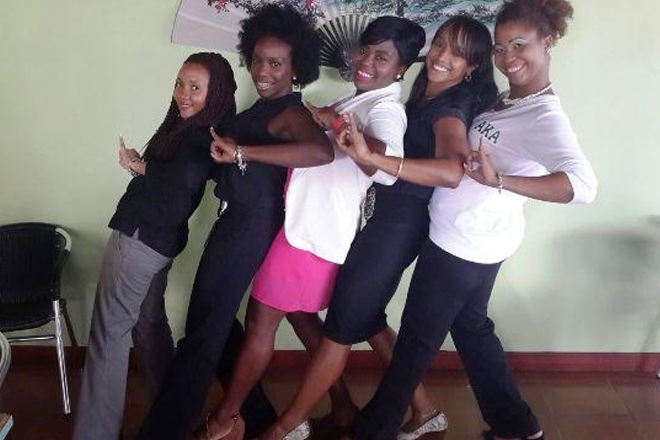 “Since then, our membership has expanded. So much so, that we have more than 230 thousand sorors or members or sisters as we like to refer to ourselves, in the entire world,” Caines said, noting that the chapters or groups are spread out across 10 regions with those outside of the continental US, being classed as the International Region.

“The sorority was founded based on sisterhood, service and leadership so we like to say that we are bound by the bonds of commitment to service leadership that is both domestic and international,” she added.

Caines then spoke of the local observance and shared their short term goals noting, “here in St. Kitts and Nevis where we don’t have an actual chapter, we do have members so, we like to get together on Founders’ Day annually to find out what is going on with the other members of our organisation, to keep abreast and show some sisterhood and so today, we are having lunch.”

She also used the opportunity to appeal to other members of her organisation to get on board with them.

“You can reach out to us and let us know you are a member and we can bring you in and we want to be able to make our presence felt more here in St. Kitts and Nevis,” she said.

Chapters of the Alpha Kappa Alpha Sorority Incorporated can be found at American universities including the University of the Virgin Islands where Caines, Greaux and Berridge became members and Florida Memorial University where Liburd and Lake joined the organisation.