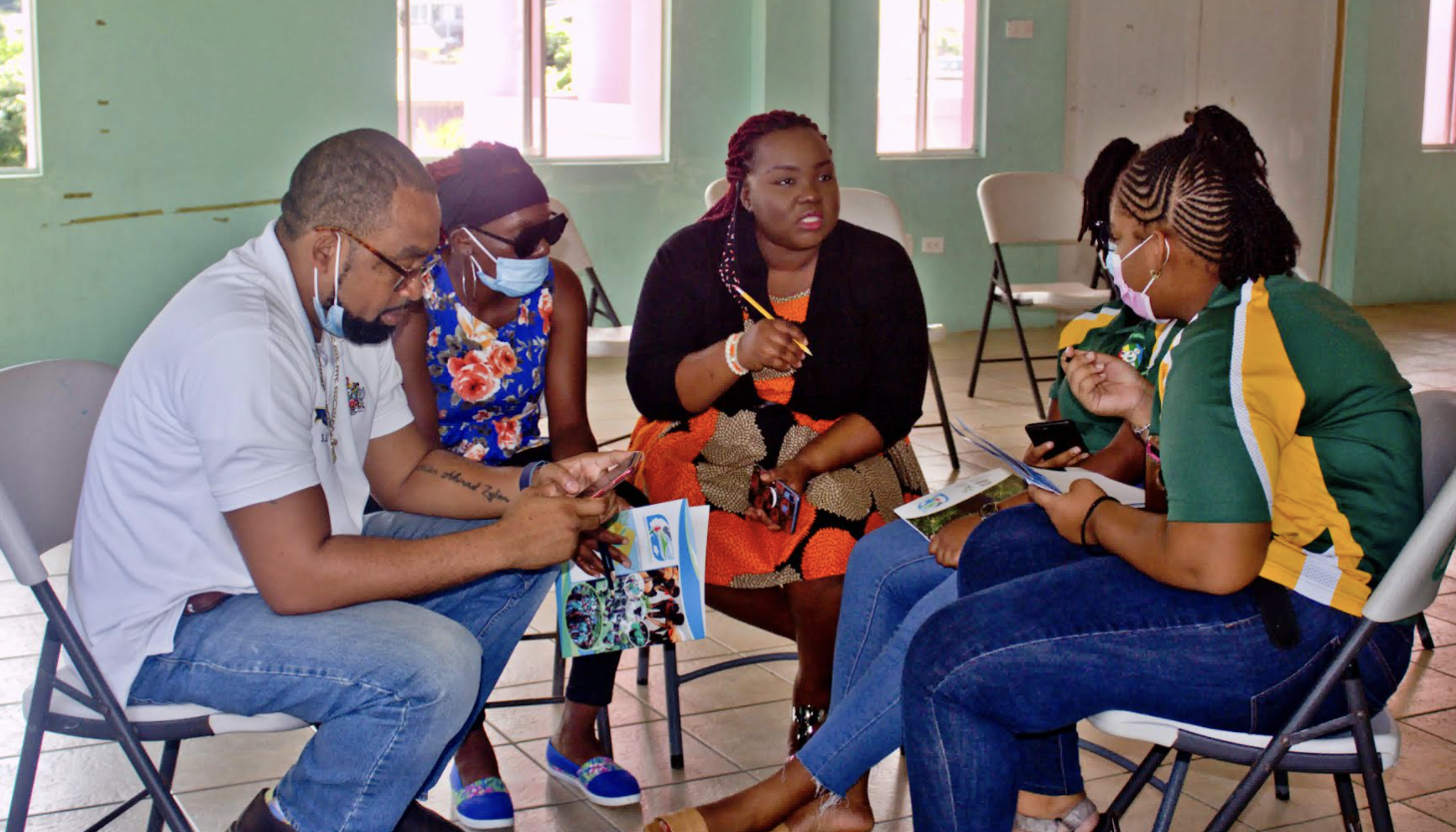 Secretary General of the National Commission for UNESCO, Ms. Dorothy Warner in a brief overview of the progress made thus far by the National MAB Committee, outlined the aim of the Saturday event.

“This workshop is one of the activities under the project ‘Clean up of the Cayon Gut, Hermitage Estate, Hermitage and Keys Bay Areas’. The workshop aims to encourage all of us as stakeholders to take pride in being associated with the St. Mary’s Biosphere Reserve. To be an integral part of an effort that has far-reaching [positive] consequences,” she said.

Ms. Warner expressed gratitude to the national partners for their continued support in ensuring the survival of the national MAB program.

“There are many persons, long-lasting, dedicated individuals, who have spent much time and effort ensuring that this flagship project, the first of its kind in the English speaking Caribbean, stays afloat and grows from strength to strength. Your tireless contributions cannot go unheralded,” she said.

Minister of Human Settlement, National Health Insurance, et al, and resident of the St. Mary’s Parish, Honourable Eugene Hamilton, outlines the health impact that poor garbage disposal not only has on the physical environment but also the human population.

“I see us throwing down plastics, plastics are known to produce a chemical, bisphenol…it’s a substance they say impacts upon our endocrine system…it [bisphenol] has the capacity to impact the ability of humans to reproduce. Yet, we throw down the plastics everywhere and anywhere and we don’t stop to think that they will end up in our food chain,” noted Minister Hamilton.

“We must continue to conduct ourselves in this society in a way that protects nature thereby, protecting ourselves.”

In advising residents about ways they can protect the biosphere and the general physical environment Minister Hamilton said,

“Make sure you plant a tree in the back of your yard. Stop the dumping of refuse anywhere and everywhere. We have invested in garbage bins for almost every home; toss your things [waste] in bins, so that they can get to the landfill where ultimately when we get into recycling or converting waste to energy most of it [waste] will be destroyed and turned into energy.”

Making a passionate plea to the attendees, Minister Hamilton urged, “Recruit your friends and your neighbours to get involved in what the committee is doing in this MAB – Man and the Biosphere project- so that we can have a clean environment, a healthy environment. We can protect every fauna and flora in our forest.”