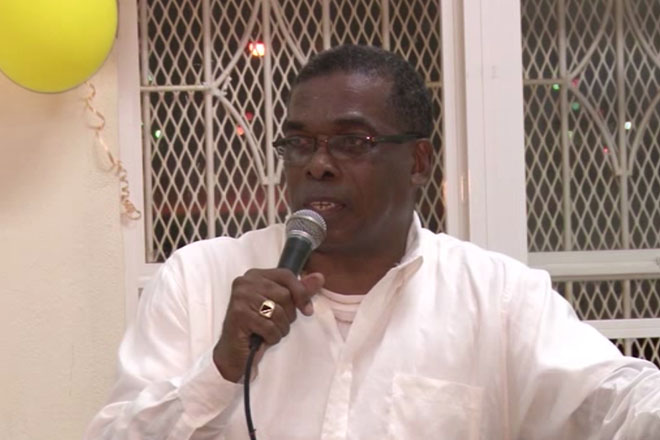 (ZIZ News) – Energy production and the state of the country’s roads were among topics raised on Thursday night when Parliamentary Representative for Constituency #1, Hon. Ian “Patches” Liburd met with constituents during a town hall meeting at the Newtown Community Centre.

In his opening statement, Minister Liburd briefed residents on the work he had undertaken since assuming office.

He gave an update on advancements in harnessing wind energy.

He said, “We have engaged the developers since taking office and we are very close to signing a power purchase agreement. As a matter of fact, we should have had a meeting yesterday (Wednesday 29th) but one of the investors took ill and we trust and hope he will have a speedy recovery, but we hope he will be here by the second week in May of this year.”

He also gave a commitment to enforce constant maintenance of the roads throughout St. Kitts.

“We do not intend ever to leave road maintenance and leave all those potholes to be repaired until an election is nigh. So we have started fixing the roads as you would have seen. And this would be ongoing throughout the life of this administration and as long as I am the minister responsible for roads,” he noted.

Over the course of several weeks, government ministers have been meeting with their constituents to update them on their accomplishments in office, as well as address the residents’ issues and concerns.