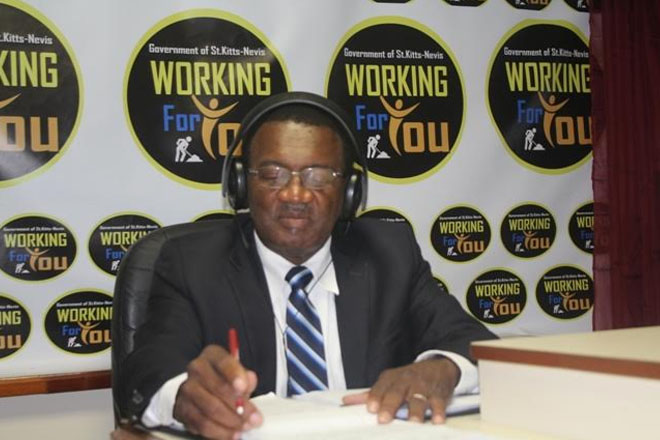 (ZIZ News) – Minister of Agriculture, the Hon. Eugene Hamilton used his appearance on Wednesday’s edition of “Working for You” on ZIZ Radio, to stress the importance of the agricultural sector to St. Kitts and Nevis.

He said however, that the sector’s growth is being threatened by a number of challenges; one being the growing monkey population.

“The Ministry of Agriculture has sought to join with persons who are already trapping monkeys and over the next year or so, there will be a concerted effort to remove and to reduce the population of monkeys out there. We believe that we can reduce it by at least 100 maybe 200 per month and give the farmers an opportunity to get a breather in growing their crops,” Minister Hamilton stated.

Another challenge, as outlined by the Minister, is farmers’ limited access to water.

He explained how that problem is being addressed.

Minister Hamilton also cited lack of human resource as the third major challenge impacting the agricultural sector, noting that his ministry is working with the schools to engage young people about opportunities within the sector.