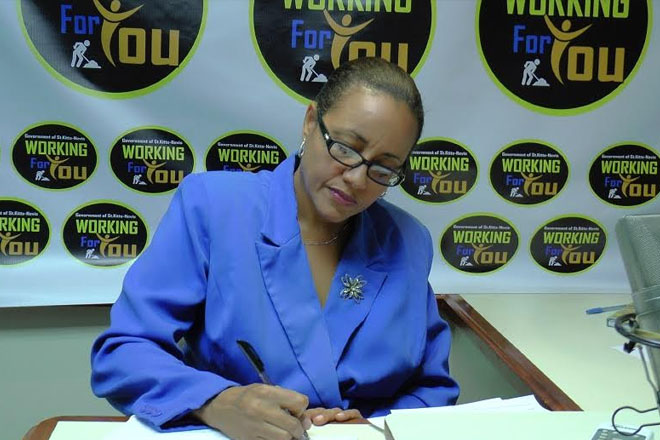 (ZIZ News) — Minister of State responsible for Community Development, the Hon. Wendy Phipps says her ministry is committed to the welfare of children by tackling all forms of child abuse.

She made the comments during this week’s edition of “Working For You”, held during Child Abuse Awareness Week.

She said tackling child abuse is a never-ending fight because studies show that abuse is a repeated cycle.

“Persons who were themselves abused are often the ones who become the abuser because they do the same thing to other people’s children: mete out violence, mete out fear, you wreck lives. We have had cases here in St. Kitts and Nevis that are so gross and so atrocious to the point where several years ago one of our OB/GYN’s had to perform a hysterectomy on a 2-year-old child,” she said.

She said the ministry faces numerous challenges in punishing paedophiles, particularly when parents refuse to cooperate.

“Cases come up, the Special Victims Unit in the police deals with it and before the case can come up somebody has paid off the mother. So how much is your child’s purity worth? $30,000? $10,000? So you have the Social Services Staff standing up outside the court waiting for their turn to go in only to look like fools because some parent has cut their own deal with somebody else to keep a paedophile out of prison,” she said.

Minister Phipps said the Department of Social Services, through its M.E.N.D. Programme, has been working with families to assist them in various aspects, all geared towards the safe, healthy upbringing of children.