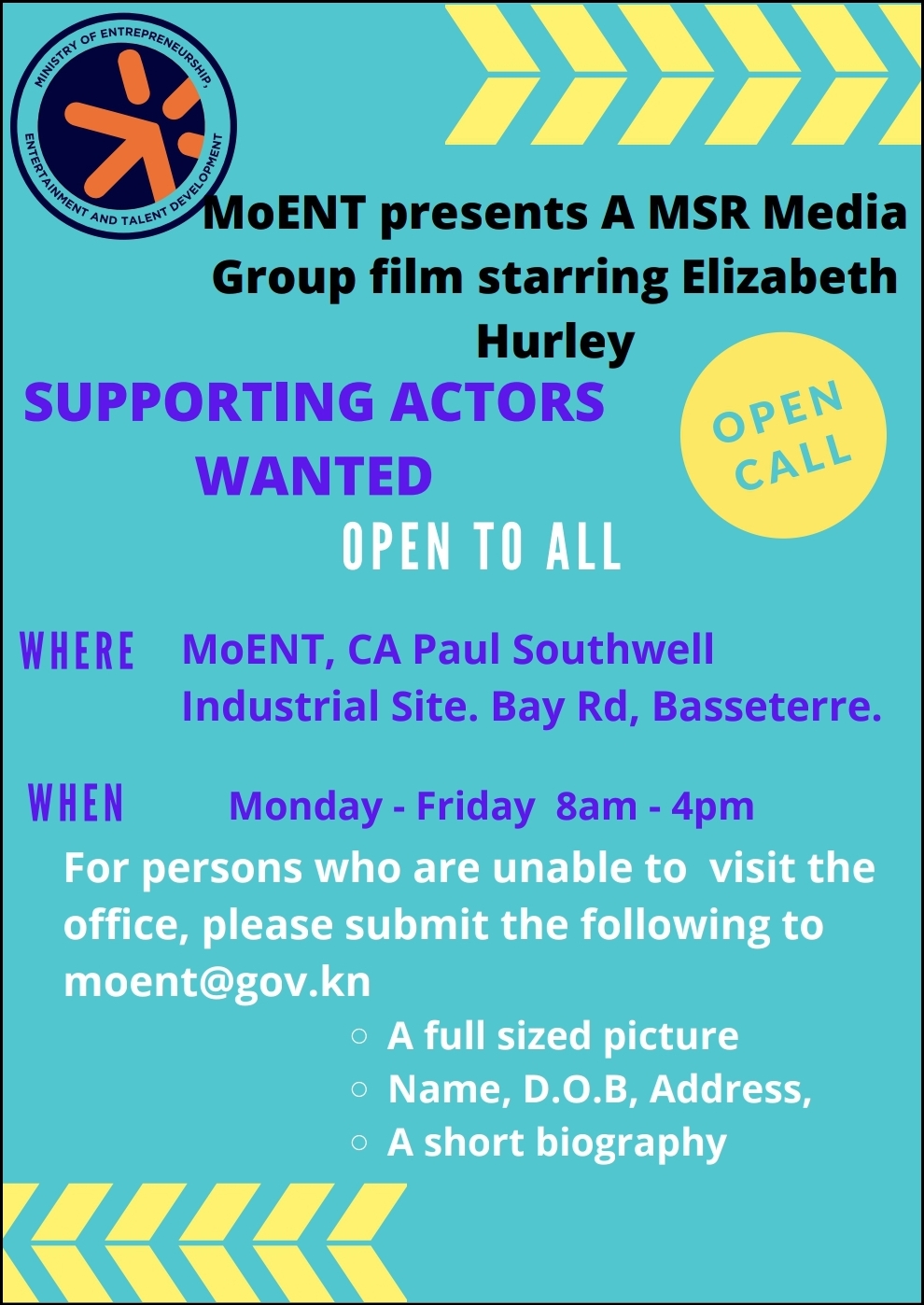 Basseterre, St. Kitts, October 26, 2021 (SKNIS): Residents in St. Kitts and Nevis have an opportunity to appear in international films where they can work alongside well-known celebrities from Hollywood and other film industries.

MSR Media is set to begin production of its newest film in St. Kitts and Nevis dubbed “Christmas in the Caribbean” starring British actress Elizabeth Hurley. Locals are needed to appear as supporting actors in the romantic comedy that begins shooting on Friday, October 29. As such, an open call has been issued to all actors/actresses and aspiring actors/actresses in the twin-island Federation to register at the Ministry of Entrepreneurship, Entertainment and Talent Development (MoENT).

Once registered, the names will be added to a database that will be used to inform the selection of supporting actors/actresses to appear in the movie and other future roles that will come as part of MSR Media’s commitment to producing five films per year in St. Kitts and Nevis. Other studios are also expected to seize on the government’s initiatives to grow the Federation as a film destination.

To register, persons can visit MoENT’s offices, located at the National ICT Centre at the C. A. Paul Southwell Industrial Site from 8 a.m. to 4 p.m. this week. Submission of a full-sized photo, along with the individual’s name, date of birth, address and contact information, is required. A short biography is also welcome.

Persons who are unable to visit the office can email the information to moent@gov.kn.

Minister of Entrepreneurship, Entertainment and Talent Development, the Honourable Akilah Byron-Nisbett, said that the government is committed to providing a professional environment with the supporting legislative framework where entrepreneurs, innovators and creatives can ply their trade.

She strongly encouraged anyone with acting skills to visit the MoENT offices to register so that they can be better positioned to capitalize on the growth of this new industry. Registrants will also be considered to receive training at a film academy that MSR Media will establish in St. Kitts.