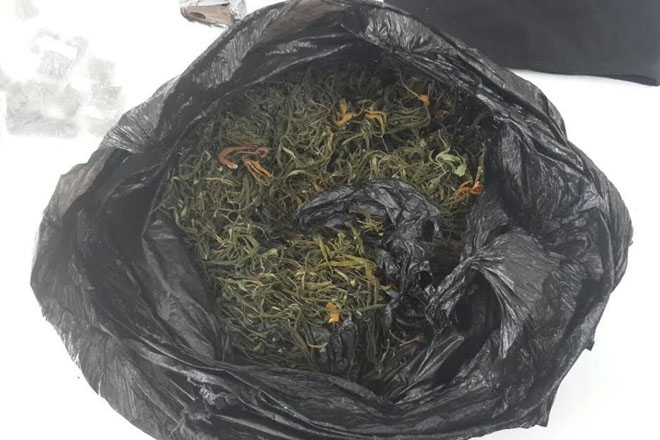 The latest success came on Monday when members of the Royal St. Christopher and Nevis Police Force’s Special Services Unit (SSU) seized a large quantity of marijuana during the execution of search warrants in the McKnight area.

In a telephone interview with ZIZ News, Assistant Commissioner of Police with responsibility for crime, Ian Queeley said the drugs were found on properties at Prickley Pear Alley and Shaw Avenue.

“Police, in its continued quest, carried out some operations in the McKnight area, to be specific in the Prickley Pear and Shaw Avenue areas, and a number of what we call “dime bags” were seized. In excess of 150 dime bags and also some cured marijuana, all to a total of approximately four and a half pounds, which has an estimated street value of in excess of EC$30,000,” ACP Queeley said.

Troy Francis was arrested in connection with the find at Prickly Pear Alley. That find included a black ski mask and a realistic looking toy handgun.

Ronrick Herbert was taken into custody in relation to the Shaw Avenue find.

ACP Queeley confirmed to this media house that the shooting incident took place at Buckley’s Estate at about 10:15pm.

He said investigations are ongoing.