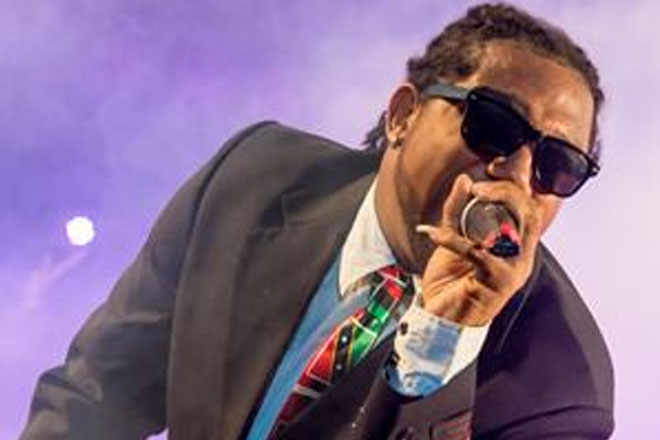 (ZIZ News) — St. Kitts and Nevis’ reigning Groovy Soca Monarch, Mr. Bagnall will be backed by the legendary Roy Cape All Stars when the St. Kitts Music Festival kicks off later this month.

Last Friday, Mr. Bagnall and several other local stars were revealed as the remaining acts for this year’s festival. Since then, ZIZ News has spoken with the soca artist who says he is thrilled to perform alongside the Roy Cape All Stars.

“You can expect a lot. I actually wanted to perform some new tracks but unfortunately, it’s kind of tight like how Roy Cape is not in St. Kitts. I think I burst the bubble just now, I will be performing with Roy Cape All Stars out of Trinidad,” he said.

“Performing with Roy Cape, it’s a pleasure. It’s a blessing. To see where I have come from, I have listened to Roy Cape way back in the days with Blaxx, with Patrice Roberts and those people so to see me as a local artist being able to share the stage with such a legend and having them back me, it’s a pleasure. I actually wanted to use my own band, Kollision, but it didn’t work out and it was like they’re going to get Roy Cape and I was like yes, I’m happy to do it and I’m just excited. You could hear it in my voice. You just woke me up and I’m very excited about that,” he added.

Without revealing his performance plan, Mr. Bagnall shared some of the songs that he will sing as part of the festival.

“Gonna have tracks like Wuk Up Session, Carnival Boss, and Mash It Up, Woman To Man, everybody know these tracks,” he said.

He used the opportunity to invite residents of St. Kitts and Nevis to support the local performers as they strive to expand their musical reach.

“I want to tell everybody, for years everybody been making noise saying why not more locals, why not more this? Well now we have the opportunity, we have the time. This year, we have more locals. We have me, we have Small Axe on the Thursday night. On Friday, we have Trebla, we have Nicha B, and we have Footsy. On the Saturday night, you have Infamus. You have more so, everybody come out! The only how our locals can go forward is if you guys come on out and support us. So come on out early. Support us 150 percent,” he said.

The 19th annual St. Kitts Music Festival will be held at the Warner Park Football Stadium from June 25th to 27th.