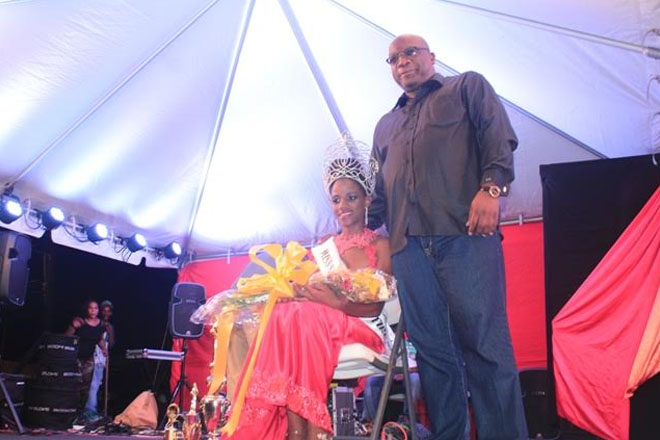 “It was a success even though it didn’t turn out the way we anticipated it in terms of attendance, bearing in mind that it is the first of its kind,” Isaac said. “We are hoping to make it an annual event so we are hoping that in the future it would be better attended. The show was a very good show, of a high standard. Everything went well,” he added.

According to Isaac, the proceeds from the pageant and all other events hosted by his organisation are for a good cause.

“We are the welfare association so it goes toward assisting fire officers, both current serving and retired officers in terms of sickness or medical assistance, that’s where the proceeds will go,” he explained.

Held on Saturday, the pageant saw Monique Johnson walking away with the top award.

The Talent Segment was dominated by First Runner-Up Zarema Pemberton, who represented the Tabernacle Fire Station.

Both the Queen and First Runner-Up tied for the Best Elegant Evening Wear Award.