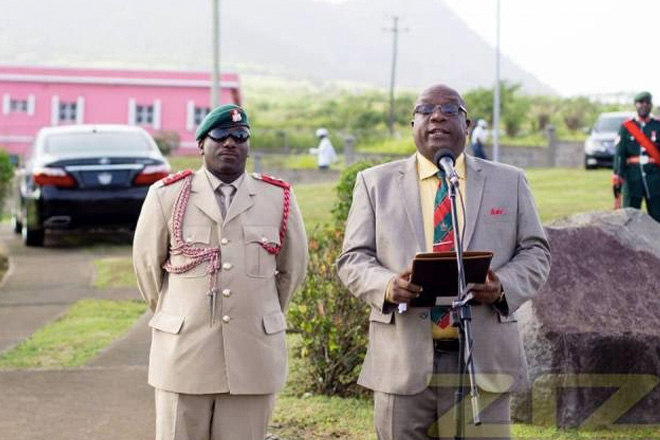 (ZIZ News) – Building a museum at the residence of National Hero, the Right Excellent Sir Robert Llewellyn Bradshaw, and a National Heroes Park are on the agenda of the Team Unity-led government. That is according to Prime Minister, the Hon. Dr. Timothy Harris.

Speaking at the Wreath-Laying Ceremony on National Heroes Day at the Bradshaw Memorial Park in St. Paul’s, Prime Minister Harris said his government wants to “commemorate the life and work of the first National Hero by using his home to “enhance and enrich our heritage.”

He said, “It is intended that this historic property be placed under the aegis of the St. Christopher National Trust…I am pleased to announce further that His Excellency; the Governor General in his capacity as patron of the National Trust, has established a representative committee of persons to spearhead the establishment of a museum at Premier Bradshaw’s residence to commemorate the life and work of our first National Hero.”

“In further celebration of our national heroes, your government will be designating an area to erect plaques and eventually busts of all our national heroes. Accordingly, a competition for citizens, both local and in the Diaspora, will be launched to seek your input in the designation of a National Heroes Park,” he explained.

Permanent Secretary in the Prime Minister’s Office, Osbert DeSuza, has been designated the focal point of contact for this project.