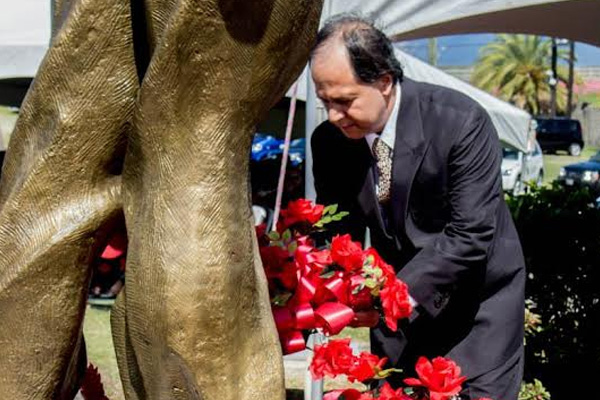 The ceremony was chaired by St. Paul’s village resident and Director of the Department of Constituency Empowerment, Dr. Joyelle Clarke. It featured remarks by the country’s Prime Minister, the Right Honourable Dr. Denzil Douglas.

Prime Minister Douglas spoke of the importance of honouring the country’s heroes on an annual basis. He called on the adults of the community to ensure that children know and understand that importance.

The ceremony was punctuated with the laying of wreaths at the base of a monument erected in Bradshaw’s honour.

Governor General Sir Edmund Lawrence led the wreath laying exercise. He was followed by Prime Minister Douglas then Chairperson of the St. Kitts-Nevis Labour Party the Honourable Marcella Liburd, the Commander of the Defence Force and the Commissioner of Police.