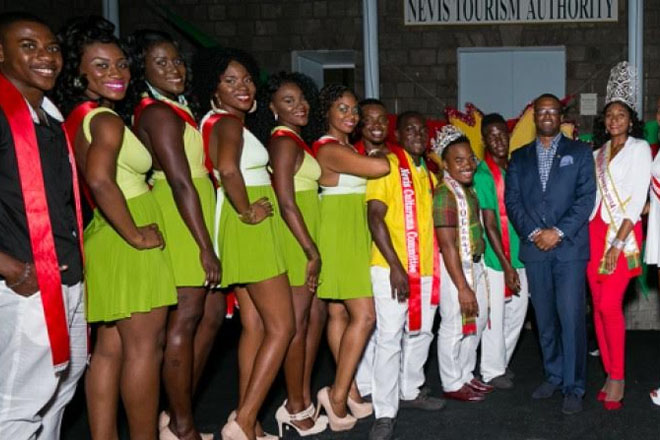 (ZIZ News) — “Culture, Fete and Fun” was the slogan for the 41st edition of Nevis’ summer festival, Culturama, which wrapped up on Tuesday after almost two weeks of celebrations.

Culturama 41 began on July 24th at the Charlestown Harbour when scores of Nevisians witnessed the official opening ceremony and naming of this year’s patron.

The 11-day festival featured a diverse line-up with sporting events such as the Empire Sports Club Aquatic Extravaganza and the Herbert’s Beach Affair.

“Poets in the Square”, a spoken word event, was a big hit for the day time while the various pageants kept patrons entertained at nights.

The St. Thomas’ Primary School’s J’neaqua Matthew and Vishwanauth Singh were the first to be crowned as they captured the Mr. And Ms. Talented Youth titles on July 26th. Also on that night, King Sookie won his third consecutive Junior Calypso crown.

July 31st saw the return of the Soca Monarch Contest and the crowning of Jevaun “Speedy” Jeffers as the Groovy Soca Monarch and Delison “X-Man” Roper as the Power Soca Monarch. This was one day before Oscar “King Astro” Browne won the TDC Senior Kaiso Contest on August 1st.

On Wednesday, we spoke with Executive Director of the Festivals’ Secretariat, Antonio Liburd who shared his thoughts on this year’s celebration.

“In the general sense, Culturama this year started a kind of iffy, a kind of shaky. We had some issues that we had to deal with as a committee very, very quickly to get the festival on track and we sorted those out and committee members began to gel and it all resulted in an overall very very impactful and very exciting and entertaining festival,” he said.