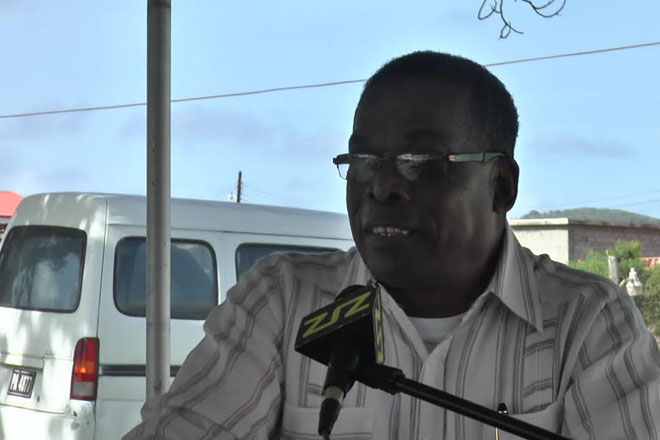 (ZIZ News) — Employees of the St. Christopher Air and Sea Ports Authority (SCASPA), on Thursday, got a chance to interact with and address their concerns to the authority’s new Board of Directors.

This was done after Minister responsible for SCASPA, the Hon. Ian “Patches” Liburd introduced the Board members during his first official meeting with staff.

Minister Liburd said a higher level of efficiency is needed at both ports of entry if they are to successfully move forward.

“After 22 years we believe that, and I say so respectfully, I believe that we can be more efficient as a port because around any port authority, be it air and or seaport, one of the buzz words is turnaround. So I want to implore us that around the air and seaports it is important that efficiency and effectiveness are our hallmarks,” he said.

The minister also used the meeting to remind the employees of the importance of their roles, as it relates to border security.

“You are entrusted with some part of our border security and we expect you to really conduct yourselves in a manner that is becoming of a port constable. And that is something we are going to focus on going forward as an administration and by extension, as a port authority,” he said.

Meantime, Chairman of the SCASPA Board of Directors, Don Boncamper said during his tenure, significant emphasis would be placed on human development.

“This new board stands for efficiency, accountability and also human resource development. We are going to be very serious about people development because that is what will drive efficiency and productivity. We intend to be hands-on, we intend to listen to all and take your concerns right up to the boardroom,” he said.