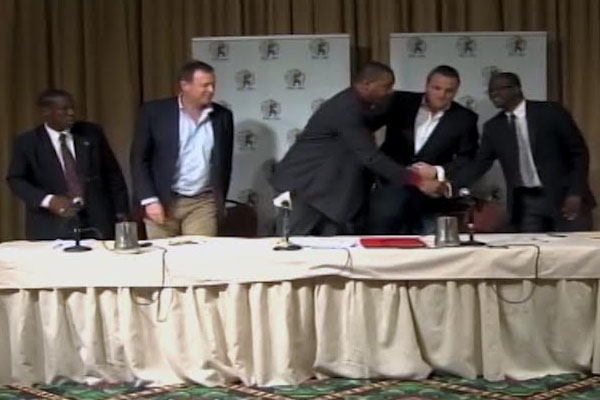 The confirmation was made on Tuesday during a signing ceremony and press conference that St Kitts and Nevis will be the host of nine CPL matches including the finals and semi-finals.

Chief executive officer of the CPL, Damien O’Donohue said there are also plans to host several charitable events in St Kitts during the finals of the tournament.

“I was with Sir Ian Bolton today and he has agreed to host a celebrity charity cricket event here the week of the finals and as you know in the CPL we already have the likes of Mark Wahlberg and Jerry Boucher who are owners of the team. So Ian and ourselves thought it would be a great idea to host a charity event where we bring in all the top international stars that we have and all the top ex-cricket players,” he said.

Minister of sports, Hon Glenn Phillip says the next focus is to get a CPL franchise in St Kitts.

“Looking at the games, and looking at the fan reaction and how people came together throughout the different territories,” he said. “I think that could’ve been manifested here. And so it was one of the things we looked at…and that is why we approached the CPL to host games.” “

With nine matches scheduled to be played at Warner Park, it means that all six CPL teams will get a chance to play under the new lights at the Warner Park Cricket Facility.

The second edition of the Caribbean Premier League runs from July 11th to August 15th.