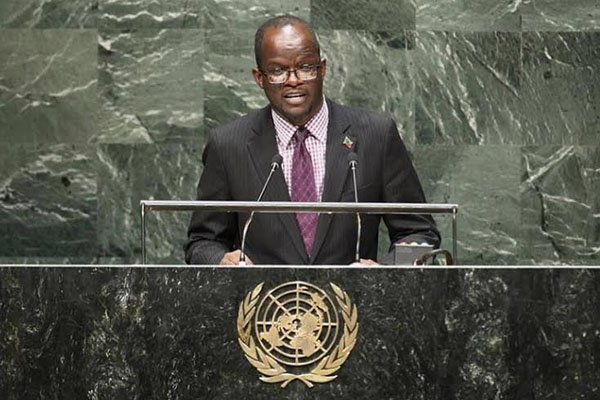 Stemming from this, several well known Nevisians have praised the Federal parliamentarian for tackling sensitive topics which other countries tend to shy away from.

“He spoke to some issues that sometimes I feel the United Nations are afraid to touch like the issue of Cuba. Now, when a country like Cuba could help other countries with their medical doctors and the training that they’re doing free of cost, I mean this should be recognised. A country like Taiwan again has been so good to St. Kitts-Nevis and other Caribbean islands. He spoke to that as well. So the address had substance, it was meaningful and delivered. It made an impact. You could have heard the applause at the end. I think he represented well,” he said.

According to former Premier of Nevis, the Hon. Joseph Parry, both Minister Nisbett and Prime Minister the Right Hon. Dr. Denzil Douglas should be commended.

“It was not just a speech of which we should be proud but the content of the speech and the topics he tackled,” Parry added. “So I’m very proud as a Nevisian. I must congratulate the Prime Minister too for allowing him to speak on topics as heavy as those. Quite often those speeches are reserved for the head of state and I think it is a demonstration of the confidence the Prime Minister has in him.”

The General Assembly, which is comprised of the 193 members of the United Nations, “provides a unique forum for multilateral discussion of the full spectrum of international issues covered by the charter,” according to United Nations website.