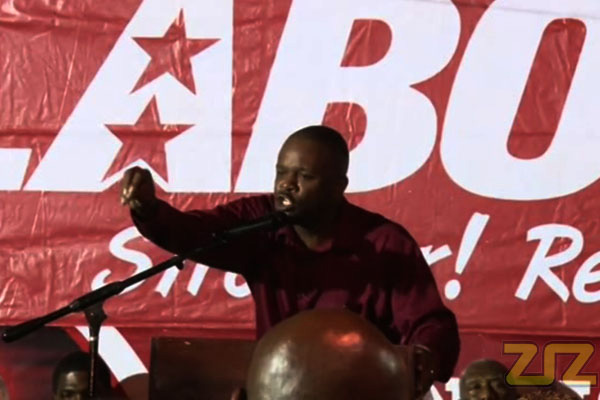 Following weeks of construction work, the new office was opened during a ceremony on Saturday evening.

Parliamentary representative for constituency number four, Hon Glenn Phillip then gave a solid endorsement of Konris Maynard, based primarily on the work he has done so far in the area.

“I have seen him work tirelessly on behalf of the people of Number Three; whether it is to improve the roads; whether it is the Softball League, we have seen it under lights a couple of months ago; we have seen him in the construction of the playing field in Boyd’s. Comrades, how do you judge someone’s future? We look at his past and we can look at the future and see what this person is really all about and when I see what Konris has done for the people of Constituency Number Three, I know that constituency number three has a gem of a man in Konris Maynard,” he said.

Maynard, who is the Labour Party’s candidate for Constituency Number Three, noted that the new constituency office symbolizes his long term commitment to the people of the area.