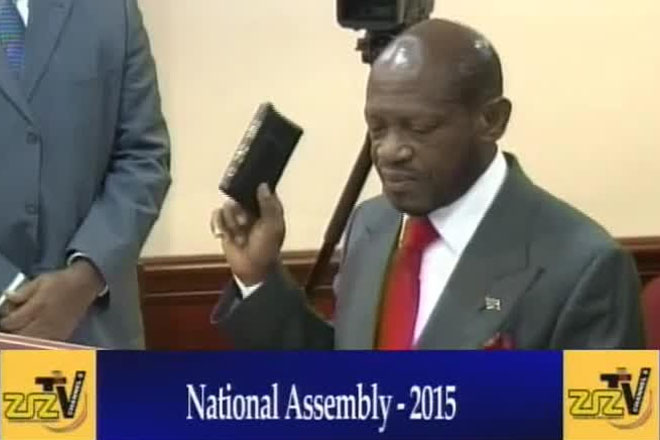 (ZIZ News) — The Parliament of St. Kitts and Nevis convened on Tuesday morning at 10am in National Assembly Chambers at Government Headquarters.

Among the items addressed by the country’s leader, Hon. Dr. Timothy Harris, were the state of the Citizenship by Investment Unit, the planned reformation of the Sugar Industry Diversification Foundation [SIDF] Programme and advances to the Royal St. Christopher and Nevis Police Force.

Prime Minister Harris also introduced the Banking Bill 2015 which, when passed, should ensure that banks are stronger and do not, in any way, threaten financial sectors, not just in St. Kitts and Nevis but the Eastern Caribbean Currency Union (ECCU), in its entirety.

Tuesday’s sitting also saw the swearing in of Her Majesty’s Loyal Opposition.

Dr. Douglas is the parliamentary representative for St. Christopher Six.